Pub meets, drives and social events. For good food and good company while the car stays in the car park, or for a pleasurable drive through the countryside.
Post Reply
1 post • Page 1 of 1

So nothing happening at the moment guys and girls. Just seeing how things play out for a bit longer before I arrange anything. 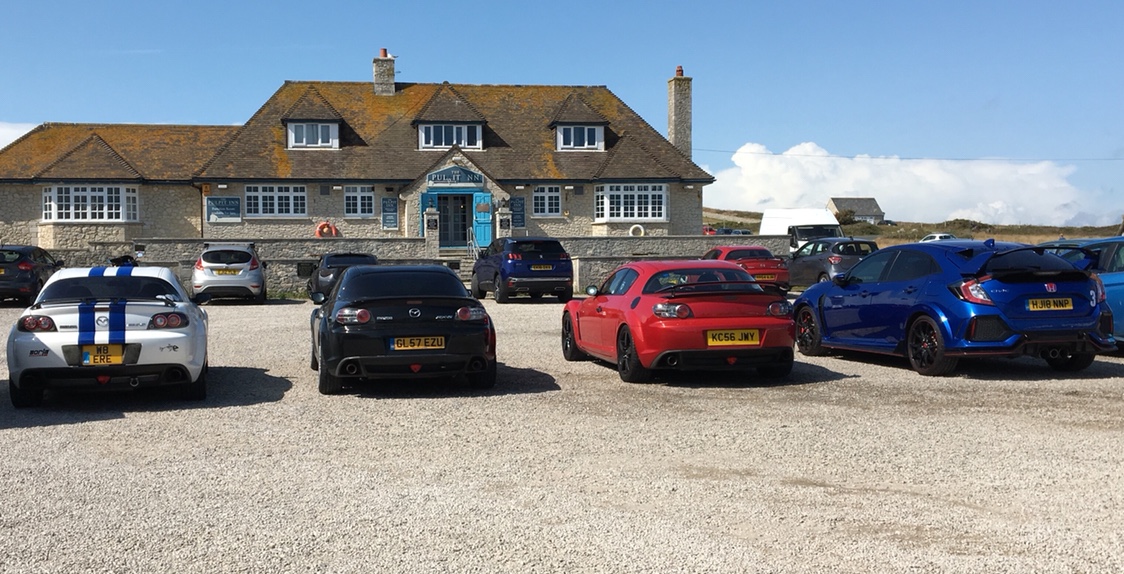 Details of Somerset and Dorset Meets WILL APPEAR HERE

Starting Point each Month is from Tesco Superstore, Christy's Lane, Shaftesbury, Dorset SP7 8PF at 10 am


Just a reminder if you have access to a Google Account then you can Download the Club Calendar onto your Mobile Phone's,which then gives you all the Details of the Meet

List Time
Past Possibles Can't make this Months Meet If you want to add your name, delete your name, or confirm you're still coming,then simply post up in this thread and we'll keep things updated

March 1st 2014: A date is set... We go for Sunday the 6th April....
March 3rd 2014: We have lift off. Details of the first meet are posted . The run is going to be from Salisbury to Compton Abbas airfield in Shaftesbury.
March 24th 2014: First maps of driving route are posted. These maps are then produced for every meet after.
April 3rd 2014: Visit Compton Abbas airfield to sort out tables etc. We now have 24 people on the list. Have to ask the restaurant for more tables

April 6th 2014: Our first meet, the big day. Plenty of people turn up as some of us especially me meet many new faces. Nigel is there to keep an eye on things and help out if needed... It was a great run even if the drive was a bit short but it gave us more ambitious plans for next time.

June 8th:Our second meet Salisbury to West bay via Yeovil. West bay was suggested by a few members and so I worked with that and was made aware of this great scenic coastal route.... And of course that's where the TV series " Broadchurch" was based "

August 3rd 2014:. Our third meet is to Chippenham and includes a tribute lap to late Dean Cargill. Not many this time as people were busy and it clashed with Beaulieu but a great day anyway

September 28th 2014: Our 4th meet is to Swanage.... yes the one where the ice cream man asked whether I was part of the group of loud cars that went through town earlier.... Little did they know, this just made us even nosier leaving....

November 23rd 2014 . Our 5th meet and this time we go across to Weston Super Mare . This was a tricky route to plan as it involved Going through Cheddar Gorge and various junctions afterwards to go through turning onto main roads. Jazz was brilliant in keeping a tag of things as was everyone being great at keeping the group together.

February 8th 2015 . Our 6th meet sees us head towards Lyme Regis.... Bit of a hard one this as we had to park at the top of the Hill and walk down to the restaurant.... Sorry Nigel :-) Then the restaurant clammed us into a small space and Matt knocked Adams (Nigel's friend) drink flying .. oops

May 30th 2015 Our 7th meet and this was known as the "Big One" Me and Nigel combined the Dorset and Somerset group run with the Devon area Group.... with who we had previously arranged a run out for them late 2014 This run was from Shaftesbury to Bude in Devon and also marked the change of starting point of these meets from Salisbury to Shaftesbury from now on. Thus the meets became known as the Dorset and Somerset group meets and the Wiltshire tag was removed. Sadly this was also the end of the Devon group adventure... There was just not enough interest in that area making it viable and we decided to concentrate totally on the Dorset and Somerset area .

September 6th 2015 . Meet number Eight sees us go to Lulworth Cove..... For this meet we were joined by Malcolm and Gynn who were down visiting Malcolm's mother I believe and the date just worked for them. It was a glorious sunny day and we actually had our meal stopping off in between at the Worlds end Inn in Almer before continuing to Lulworth Cove... And yes we all had an ice cream again at Lulworth.

November 22nd 2015 . Meet number Nine was rather special. Nigel came up with the brilliant idea of having a Baby Shower meet as Adam and Donna had a new baby girl called Ruby. So yeah I ran with the idea and took the group off for a short drive whilst Claire and Caren made up the seating area with ballonns, banners ribbons etc that I had personally bought . This was at the Half Moon in Shaftesbury. We all clubbed together too and presented Adam and Donna with some mothercare vouchers and a card. A good day was had by all and Adam and Donna were thrilled with everyone's kindness

January 31st 2016. So it 2016 and meet number Ten.. Birthday bash sees us return to the popular destination of West Bay.... but this time with a twist as we done something different again.. Nigel asked me if I would be kind enough to make this meet his 50th birthday celebration too as he really wanted to celebrate it with the Dorset and Somerset group. As you all know Nigel travels all the way from Horsham too, so you know that's true. So I arranged to get him a cake with a picture of his beloved GT86 I had got off some of his previous pictures.. That and a few balloons and banners and we were set to go... We all even sung Happy Birthday to him and Yes, he did blow out all the candles. That's the one saying 5 and the one saying Zero btw

he even got some presents.... A lovely day and again nice to do something different.

With the AGM in late March and an aborted trip to Haynes museum it was sadly a while before we got together, but we did it.

May 1st 2016 . Meet number Eleven showed some real dedication.... It was a breakfast meet at Haynes Motor museum in Sparkford and was a 9am start at Sparkford services.... From there we went to the Museum and parked up and looked at all the other cars turning up for the Breakfast meet.. Was makes and models from all eras and the American muscle cars were in force too. Callum who now owned a Subaru came along and showed off his new toy for us to see too.... After having our breakfast butties and teas coffee's I set upon an usual route that involved going round and round in circles quite honestly before one mad dash down the A303 back to Yeovil where we ate lunch... I can still remember Matt shaking his head at the route we had gone when we got back to Yeovil... lol... basically using some of the roads twice.....