It doesn't seem to have been covered much, and that's probably because the OEM intake system is pretty good, but in order to fit the engine into my Westfield the way I want to fit it, I need to lose around 60mm of height... and that means losing the standard setup. That leaves me with two options - a custom intake manifold that takes a different route but keeps the lengths of the OEM setup (so I essentially lose the benefits of the valves changing the intake tract), or a custom intake manifold that's considerably shorter and has a set of ITBs sat on top of it. I'm thinking the latter, but largely because I'm childish.

The first set of negatives that pop to my head I think I can mitigate quite well: The next set of negatives I'm not so sure about And off the top of my head, positives: So, I'm intrigued, as it's a good way of making the engine fit and delivering performance benefits as well. On piston engine'd cars. I'd think the same would apply to rotary engines, but the fact it's not common on the RX-8 is, well, it's a bit of a warning sign. It seems common on older RX-7s and 20B builds, but not the RX-8. I'd be interested to hear the opinions of others on this - it's not a path I want to go down if there's an obvious downside I've missed!
Top

what do you mean by having the engine flush to the floor? are you doing a dry sump conversion too?
Top

No not dry sump. This is where the modified sump of the MX5-engine sat: 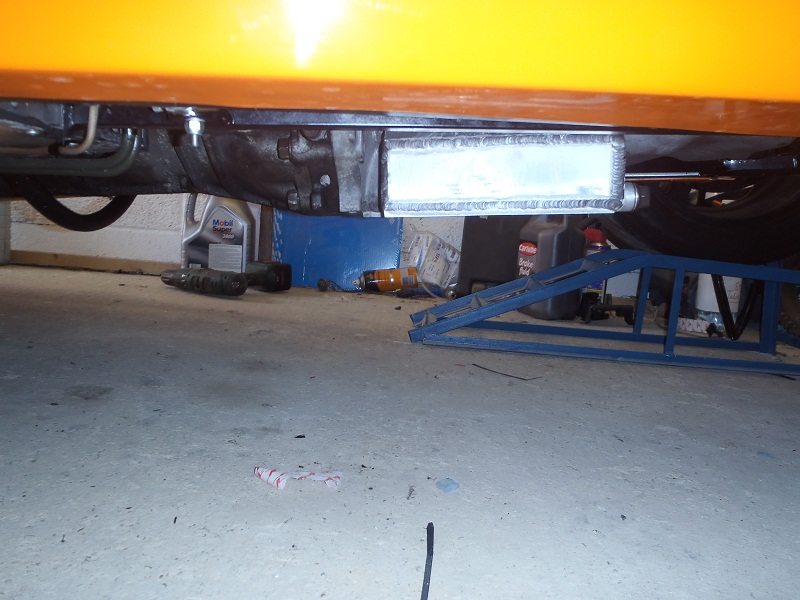 If I fitted the engine so the OEM inlet manifold was just shy of the bonnet, the RX-8 sump would be slightly lower than that, by about 20mm. It would be very prone to hitting speed bumps or kerbs on a track when I've been a bit enthusiastic.

It's purely for safety purposes. Whilst having the sump tucked inside the engine bay would be good aerodynamically - the rest of the car will still be pretty awful on that front!
Top

Definitely! I'm irrationally fond of my bonnet though. I did have the project priced up to change from my current bonnet to a separate nosecone and bonnet that could be humped (ahem)… but now I man mathing that cost towards throttle bodies.
Top

The vent isn't wide enough, the intake manifold would be on one side of the vent, the throttle on the other.

Slightly old photo but I have this bonnet:

I don't think I'd go back over the engine unless I needed the length. In my head, I'd look to emulate where it all ended up when I fitted bike throttle bodies to the MX5 engine: 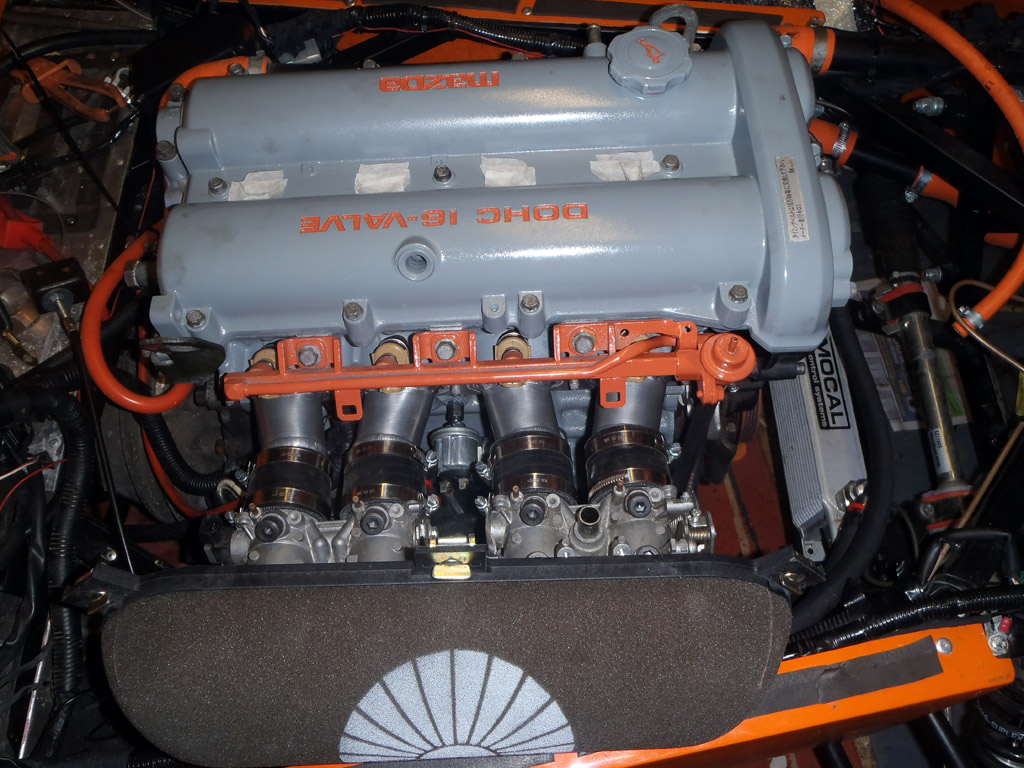 I think it would be further towards the left hand side than those, but you can see a bulge in the side of the bonnet in the previous photo... there's one on both sides and that's where I'd look to park the filter. I think I'd need to shield it from the exhaust heat though.

Giving it a bit more thought this morning, I think I'll try throttle bodies, but not do any porting and keep expectations low. Rather than the traditional bridgeporting on the 231 engine, it would be better to await the intake peripheral porting that Ryan Rotary is developing. That would suit the ITBs quite well I think. If I can keep them quiet.
Top

shutting up intake roar is often harder than exhaust

I agree - I think something to seal it against the bonnet would be suitable from a noise and heat perspective. So like the enclosed box there (Caterham one?), but the bonnet becomes the top and side face of it.
Top
Post Reply
11 posts • Page 1 of 1