Place for discussions about the RX-8
Post Reply
92 posts 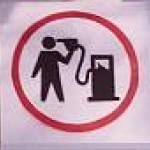 firstly I am sure many of owner doen't know what is the NSU ?

The rotary engines cones long long way since they invented the Wankel is just one subgroup.

The biggest problem is with fuel system.
as far I know no direct injection ever used. no pizo injectors, no layer inj, no lean inj cycle and no so many other things.

What I am thinking is cycling injectors on cruise when we don't need them. in easier way we can eliminated 2 shot from each rotor or better to say
just have 1 out 3 bangs.
nothing gonna happen since the dynamic compression ratio of this engines is sh*t and every engine works like a pump.
this idea used by GM on Northstar engine series and even in 80s some engines. For GM the idea was to cooling engine when they dont have ignition to cooling engine and making it running even with of water. "Northstar limp home mode"

come again, but in english?

R3 GONE, FUN WHILE I HAD HER BUT NOW LOVING MY 25TH ANNIVERSARY MX5.... MODS INBOUND

what you're proposing is interesting as essentially you're saying to go for a cylinder / rotor shutdown in between the normal firing?

and what about NSU? their engine was hardly a blinding success - the warrenty claims crippled them and led to them being bought by audi
Last edited by 350matt on Mon Jul 22, 2019 8:06 pm, edited 1 time in total.
Top

I used to drive & maintain an Ro80 and the first sentence lost me...

how was it Dave? did the engine compare favourably to Mazda's work?
Always thought the Ro80 was a cool car
Top

lest say we have an engine with 2 cylinder which fire 3 times in each revolution, so we have 6 bangs in each revolution.
What is say is to cut the half of this bangs ! or even 1/3 them.
thing like thats the engine over 5000 RMP losing half of unnecessary bang/fuel/ power.

very English like shouting down a V12 engine to 4 or 6 line.
Top

you are 1 over mil mate
Top

350matt wrote: ↑
Mon Jul 22, 2019 7:45 pm
what you're proposing is interesting as essentially you're saying to go for a cylinder / rotor shutdown in between the normal firing?

and what about NSU? their engine was hardly a blinding success - the warrenty claims crippled them and led to them being bought by audi

There are lots of potential

I am sure standalone ECU can handle it lets say MS3 or force sr8 they can run bmw vanos easily .
Top

so are you going to engineer something different and let us know how it all goes?

no,he is 2 in a million, i had an nsu quickly moped.

I often drive modern V8s that limit combustion to 4 cylinders when cruising (the Dodge Challenger for example). The idea being that you don't need all that power at steady motorway speeds and it saves fuel.

Personally I don't like it. You can always tell when those cylinders are turned off and even the tiniest of delay in 'waking' the car back into full power is irritating.

And that's on modern cars with ECUs designed to change the combustion rate in a fraction of a second and a smart set of triggers to activate/deactivate. You wouldn't want to drive one of those V8s (or an RX8) in some sort of economy mode for long if it required a manual switch/or getting the laptop out. Is there any kind of compatible aftermarket ECU available that could intelligently cut combustion on-the-fly based on throttle input, just like modern V8s?

It's an interesting idea but only really useful for RX8s that are regularly driven on long motorway journeys with little or no traffic. Which won't be many in this country.
Top

So enough for a week then?

Keep in mind that cylinder deactivation in piston engines has the capability to control intake and exhaust valves to reduce pumping losses.

With our ports being fixed gaping holes with nothing that you can really do about it... yeah.

Thinking about the physics. You can shut down a bank of a v8, and that bank will do nothing. It won't generate any heat*, and it won't interfere with the running bank. With a rotary you could probably do something similar by shutting down a rotor, but if you do that you have to think about the lubrication. Can you switch off the injectors? Would you want to? If you kept them going would you end up with liquid oil sloshing around that rotor? And to do rotor cut successfully you'd probably want to siamese the intake and exhaust, to have proper control, which sounds complex and expensive.

Alternatively, you could cut individual chambers, but I think that's a really bad idea, because all 3 chambers are linked. Fuel will end up where you don't want it, and the mixture, exhaust gasses etc will all start to mix in ways that could get nasty. Sometimes chambers will fire very lean, or very rich, and you are likely to send neat petrol to the cat.

Personally, I can see huge problems with any kind of rotor / chamber cut.

There's also a common mis-conception with cylinder cut that you "double" your economy (or some other big number). You don't. You marginally improve economy by marginally improving the overall efficiency. When you cut half the cylinders the other half have to work nearly twice as hard. Are we sure that a rotary with rotor / chamber cutting will actually be more efficient? I can't see much reason why it would be.

* If the cut cylinders continue to compress the air then you generate heat, and lose power, and expend fuel. You can stop this on a piston engine by holding the exhaust valve open. You obviously can't "hold the exhaust valve open" on a rotary, so you are forced to waste heat by pumping compressed gas.
Top

Mr. Black, do you know how annoying it is to write an essay then, when you press send, find that someone else has written it in two sentences already?

The PCM already does cut one cylinder rotor during very light loads if the throttle is not closed. You can hear it if you listen carefully, it causes a burbly tone just at the cusp of deceleration and if you further release the throttle it eventually cuts both rotors (all when ECT has reached normal levels).

and its interesting that there already is already a rotor cutout facility in the Mazda ECU ( thanks Phil)
is this aspect open to adjustment in Mazda edit?
Top

I think Mr Dentist is probably doing this community a disservice by talking down to everyone with the opening line "I bet none of you lot have heard of the NSU Wankel engine"...

But either way. Cylinder deactivation (I know it isn't cylinder, but it's an easier term to use) *might* improve economy, but for the amount of good it would do I wouldn't see it as being worth the hassle and risk to the engine internals.

Perhaps Mazda will do something similar with their latest engine, which also uses compression charge ignition, to boost - as an OEM with a large amount of R&D budget could justify thousands of pounds for an additional 1mpg or a 5% reduction in emissions.

It's also worth noting that engines that benefit from Cylinder Deactivation are usually larger engines which have an impressive amount of torque - such that the engine itself can continue at cruising speed, or mild acceleration, without too much fuss. At the kinds of RPM and loads that cylinder deactivation would be beneficial the torque produced by a rotary (Renesis at least) would be relatively small and thus minimise any fuel economy gains available.

Just the one rotor's worth of fuel at all times, just more being sucked through when you need it. Simples

This could be why all major car makers are making smaller engines with turbos........
Black Cherry Mica
JDM Evolve. 192 6 spd manual from auto
I can explain it to you, but I can't understand it for you.
Top

It always puts a smile on my face when I see those two words in the same sentence.

Fact is rotaries are and never will be in any way shape or form economical.
R3 GONE, FUN WHILE I HAD HER BUT NOW LOVING MY 25TH ANNIVERSARY MX5.... MODS INBOUND