HELLO! Hi! Ah, yes, i'm still here - alive and kicking, just been whipping up my photos in PS and getting them uploaded.

(sorta, damn knackered after today - Anyhoo! On with the show)

So! I've made a video of how and what I did to make my gear knob light up, clicky here.

And for you folk that prefer photos, well here you go:

So, first things first, getting the top off. Now I decided "what the heck" as I was fed up of damaging the top trying to pop it off, both the plastichrome and centre button so picked out the smallest diameter drill bit I could that was long enough to reach the top from inside the threads (this was a 4mm bit in my case) and drilled through the thread hole at the top (carefully as not to touch the threads) and aimed directly for the screw that holds it in. This means that I was following roughly the red line in the photo below, and as you can see, with the back of the knob facing up, I drilled at an angle at the top of the hole. Doing so results in some nasty sounds and occasional drill snatches as you're drilling both the core and the screw, so it wasn't too happy, but drilled it ok - I 100% recommend using a vice for this bit though, just be sure to get the angle right to pop the screw out. Now behind the button on top is a metal plate, so as you're drilling the screw out, it will get to a point where that chrome cap and button will fly off. You can damage them by this launch across the desk (ask how I know

) but you can't easily damage the visible parts of them at all through drilling, just the take off to mars or the moon

So once you're in, it should look like this:

You can then use a small drill bit (my friend the 4mm made another appearance here) and go up the back. Make sure to keep that hole within the leather marks that the bottom ring made, so you can't see it afterwards. I'd recommend starting this in a vice, but once you're in and going - take it out. I couldn't track the angle I was drilling at very well and this happened

So yeah, run a 4mm up to about 3/4 the way up, and then get a bigger drill bit on and drill down from the top to meet where you just got to with the 4mm. This will give you a bit of a cavity to lob the cables/resistors on the LEDs.

Then, you can get one of them tree drill bits (increment ones? Idk what they're called, they look like a damn christmas tree

) and wipe out the centre of the metal circle where the button sits, to about 16-18mm? Mine was rough but got to 16mm I think, although this is what the dent is from, because the metal isn't easy to secure and the drill snatches as there are holes there already and the metal is at different heights too. The mole grips I was using twisted the metal hence, dint. As I do more I'll probably make a little wooden jig to secure them in place so that they can't move or spin while I drill, reducing or not damaging it at all hopefully

I also used two/three layers of polarised film from out of a laptop screen, thinner than paper, and also crates a nice hazed effect to prevent hotspotting as much. I still haven't placed the LEDs directly below it, but it's in the top edge pointing down towards the button so that the light still spreads, and I took out some of the rubber material between the little pillars that support the crome top. I haven't found a way to fix it all together yet, but I think that I will likely use double sided tape for the filter and around the edge of the button to keep that secure but if I need to remove it, a swift hammer/poke from the first hole up the threads will remove it, but will likely UHU glue/super glue/ hot glue (whatever I end up using) to fix the chrome top to the leather and the rubber supports, and that should be hard to pry off (although I reckon if I need to I will be able to, as after removing the button, it can be levered up on material that isn't visible when assembled.

That last photo is how it is all sitting without glue, and the button looks raised, but it's able to sit ok in the ring flush with where it was positioned originally before I took it apart. I reckon this will work well, and I realise you now all know my secrets

but hey ho, and I hope you peeps who wanna try it have it working well. I'm still planning to make a few and I have some more knobs on the way, so will (hopefully) be available in future if anyone is wanting one. And I may make a better DIY with more photos later if needed

Took me a while to write up, that's my excuse

P.S. I hope you all liked my rickroll!

You and your polarised film!

I found to get the top bit out that heat was the best way. Using a hot air gun makes the glue soft and it pops out.

For the worries I drilled down through the knob on the left hand side.

I found to get the top bit out that heat was the best way. Using a hot air gun makes the glue soft and it pops out.

For the worries I drilled down through the knob on the left hand side.

Oh damn you stripped that bad boy down to the core

I just hacked my first original one to absolute tatters

I did use a heat gun on mine, but it still refused to budge and I sorta half melted the leather and the button

sooo there's that too hah!

Damn yes I love that polarised film - it's good stuff hah! Should have sent you some, damnit

still can if you want some though


Damn yes I love that polarised film - it's good stuff hah! Should have sent you some, damnit

still can if you want some though

I used a little suction cup after the heat to pull the top out. Like taking a mobile phone apart.

Still some hot spots. Need to figure out how to get this film to work or even if I using the right layer!

Looks smooth as f**k if I don't focus the camera directly on it.

Kinda like this white knob. Sadly the spray they used makes it really patchy.

If I rotate the LEDs 90 Deg and have the black top bit the the hot spots would be covered leaving just the nice glow.

If your LEDs are directly under it, you will still have hotspotting unless you manage to chip under all the numbers. That's what I was struggling with before no matter how I directed them, just the fact that they aren't far away and we have a bit less space than the designed OEM one, it's harder. The polarised film should have two ways up, if you put it on a desk, one way will look like a damn mirror and the other you will see some desk through it - I found having the mirror side up to be decent, and have a few layers should help as it's not thick.

That white spray will likely be hard to pull off as an illuminated unfortunately, as you definitely NEED to have an even spread. On mine I still don't have it perfectly even, but it's ok enough on the black not to notice, as the illuminated area of the numbers is small

unless you managed to tint the film before hand so that the difference in colour isn't as great?

Yeah, that'd nail it on the head with a black button!
Some guy from oooop north

Why go down this route make a new gear knob with LED illumination ....but i did get most of my skills making a few illuminated RX~8 ones 5 and six speed the trick was drilling the hole for the wiring and getting some wafer LED,S correct illumination.... 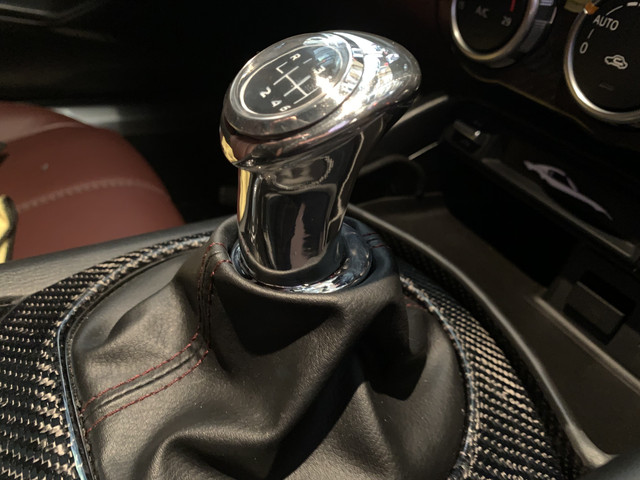 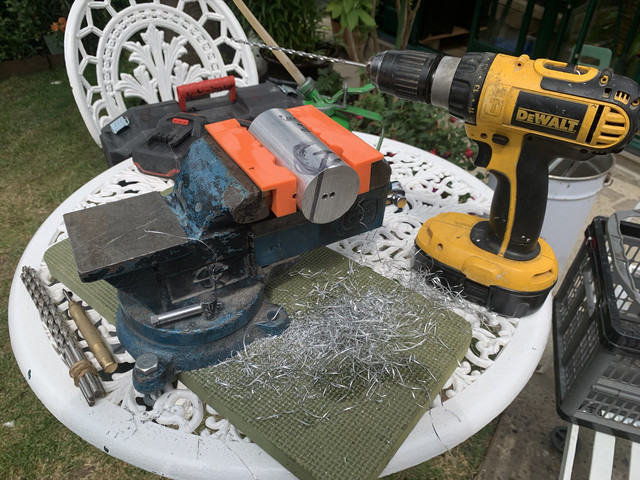 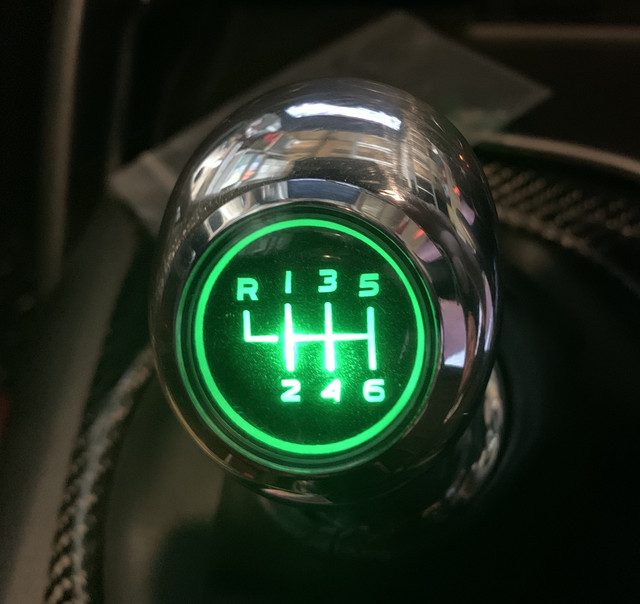 Its all easy when you know how

Damn that's insane.... Plenty of knob to polish there though - looks sweet!

I do like the stock one though, even if I could make one that's "better", I really do just like it because it's a part of the car...

probably seems dumb now I say it hah!
Some guy from oooop north

I should probably have taken photos of the inside of my OEM one but there's no diffuser inside it. Just a white plastic insert with the four tiny LEDs in the NE, SE, SW and NW positions.
Top

Re: RX8 things on ebay other members may be interested in.

Have you got a part number please?

Will dig it out this evening

Sent from my FIG-LX1 using Tapatalk

Would it work if you drill out the centre of the gear knob to, say, 13mm diameter or more and thread the wires through at the 12 o'clock position then filled with a polymer filler and then inserted a gear knob thread adapter?
Top

Stock board I stole a pic off before for reference.

Mine didn't look like that. I wish I'd taken a pic. It was a white insert with the 4 LEDs but no screw and note no visible PCB.
Top

Looking closer at Smutty's pics I suspect I'm being a bit too picky. 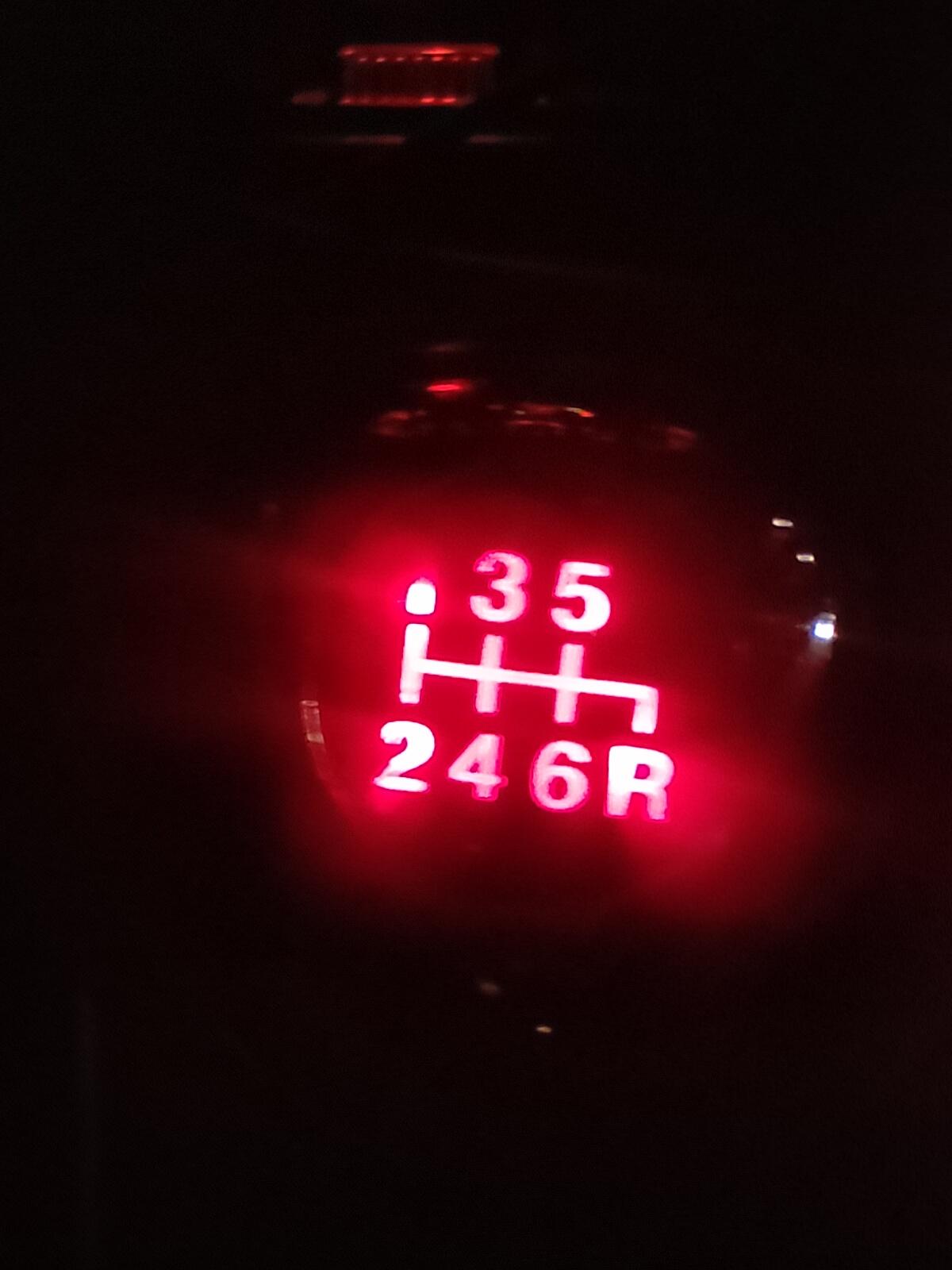 You can see the hotspots and while they can be dimmed I think I may tap out for trying harder as, well, I don't want to spend my in car time just looking at my knob.

Now to sort out the vinyl.

SmuttyHutty wrote:Mine didn't look like that. I wish I'd taken a pic. It was a white insert with the 4 LEDs but no screw and note no visible PCB.

Being a perfectionist is wonderful. Being a realist is sensible. There are hot spots on mine and for a time I thought the the NE LED had blown because it was so dark.

When the disc popped off mine I could see it was held on by just 4 small blobs of glue which had gone crusty. I picked a few bits of it off before super gluing it back and it seems to be allowing more light from the NE area.
Top

Just taken a couple of blurry daytime shots. You can see what I mean about the apparent dead spot in the NE position. 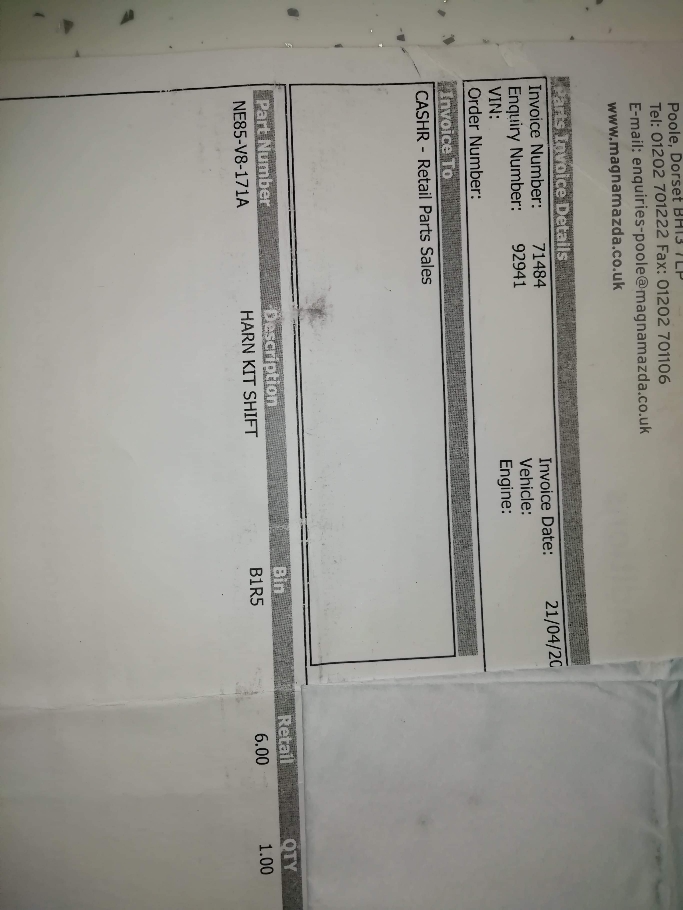 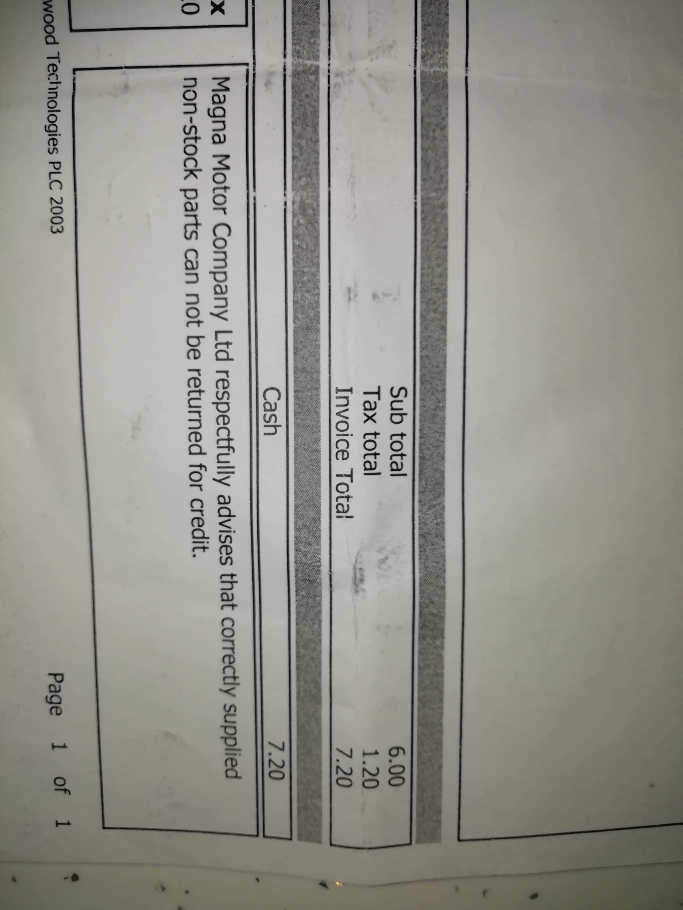 SmuttyHutty wrote: ↑
Thu Apr 08, 2021 12:07 pm
Just taken a couple of blurry daytime shots. You can see what I mean about the apparent dead spot in the NE position.

NE? Your compass is broken!

Yes they are the R3 type NOT as also advertised PZ

Yes they are the R3 type NOT as also advertised PZ

Oops - post on this thread instead of the ebay thread. Am awaiting a wrist slapping and, hopefully, some MOD assistance to move my original and your reply to the right thread.
Top
Post Reply
144 posts