FORscan for the RX8

Out of interest, was the problem with the original key not turning the locks just a faulty actuator? As my new spare has the same issue (doesn't work in boot or door but fine in glovebox/ignition), key cutter reckons it should be fine with the tip how it is as he says it's effectively just leftover material that other machines will trim but his doesn't. Although my original key does work in the locks so maybe not the same issue...

The key wouldn't turn in the locks. In the boot I found a bag with a code on it for taking it to dealer for re programming. I had assumed that they keys where lost and it was just a new ignition barrel.

I've just tried the ski hatch and glove box again but with a more open mind and they work with the key that came with the car. Now I'm hoping I have the original locks to out back in and it's the same issue you face.

I tried pulling the key out slightly, too (was suggested by the cutter as well). No dice. Have tried all kinds of wiggling.
Top

Oh and thanks for making me realise the hatch to the boot is for skis! I would never have considered that.

I tried pulling the key out slightly, too (was suggested by the cutter as well). No dice. Have tried all kinds of wiggling.

How odd. I'll have a play with mine on the removed door lock and see if some filling will help make it work. You may find yours will be okay after a bunch of use in the ignition.

Then I'm going to try and take apart the old boot look and see if I can move the barrel over and get it working.

All of this is more fun than trying to drill the ignition barrel off. I was dreading to the point I removed the rear sub frame and derusted the arse end of the car over doing it

The normal keys open all the locks and work the ignition.
The Valet* key works the door locks and the ignition but not the glovebox, boot or ski-hatch.
Is your new key working like a Valet key?

*So Valet parking can move the car but not access the glovebox or boot.
Dave
The Spin Doctor ™
uǝǝɹɔs ɹnoʎ ʇɹǝʌuı ǝsɐǝld :ɹoɹɹǝ
Top

No, it's working almost opposite to a valet key. The exterior locks don't turn but the ignition and both internal locks do.

I'll use it as my main key for a while and see if some use in the ignition improves things. I'm not too bothered by it, the main thing is it starts the car.
Top

Got the key blade though today. Works in the ignition and door lock (that I will refit). Programmed using the excellent guide up top and I now hold the only two keys that will start the car!

I did the full wipe as I didn't fancy 3 other keys being able to start it. Was a touch nerve wracking as the instructions said turn to RUN. I assumed that was just ON and thankfully it worked. You'll need two keys to do this as the car won't start again untill it's programmed two.

Not sure if the VISTEON code is important to match or If I got super lucky and randomly got the exact same one. 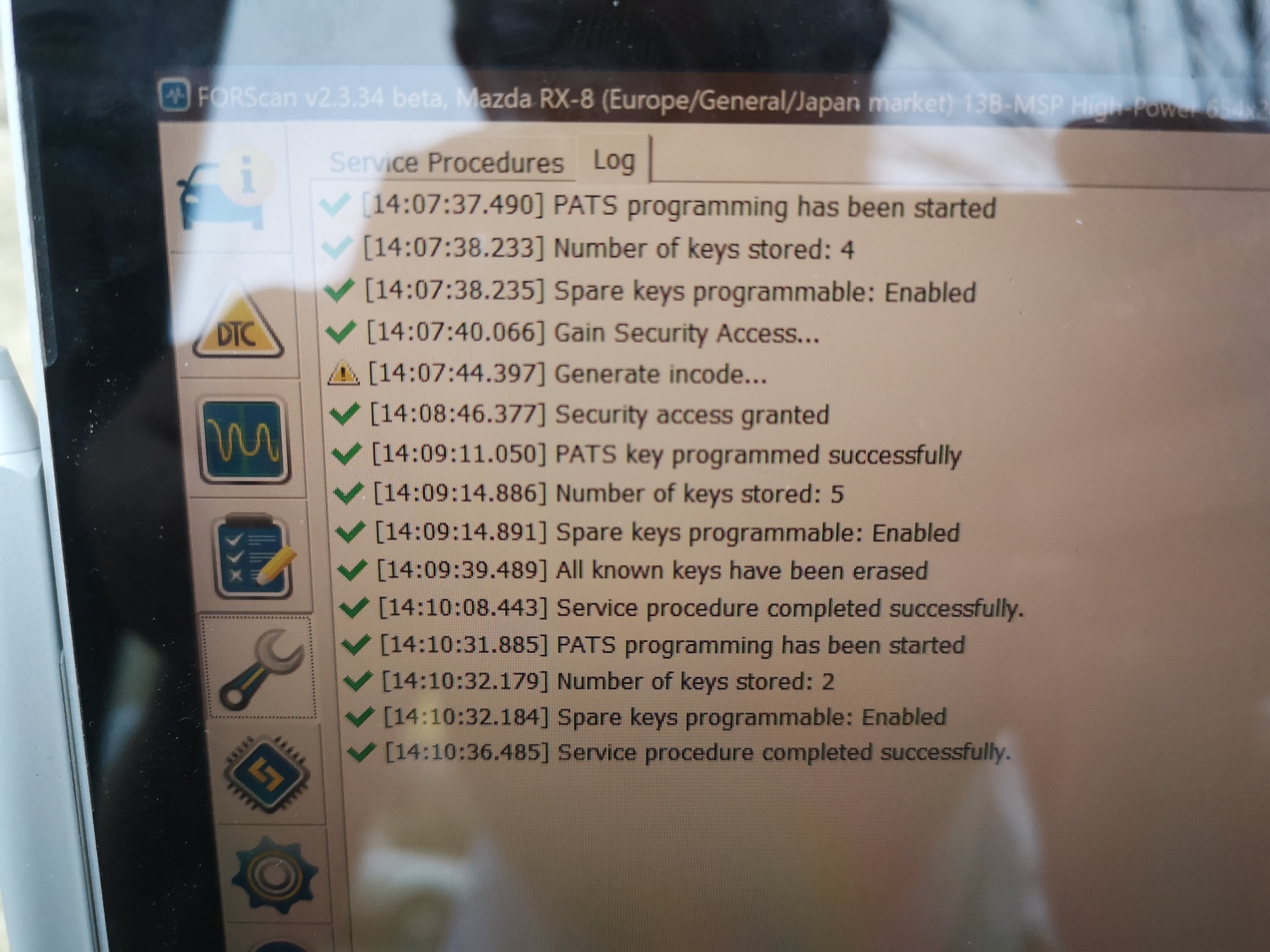 rotatopotato wrote:
I tried pulling the key out slightly, too (was suggested by the cutter as well). No dice. Have tried all kinds of wiggling.

For the driver's door lock I have to push the key in fairly hard and one way round is better than the other. It works both ways but clearly has a preference to one side.
S1 - 231 - brilliant black
Feb 08 built,
PZ back box,
PZ suspension,
Scratches,
Replacement engine,
Smiles
Top

Are we all hoping that Nigel's not following this thread?

Ever heard the phrase "Ignorance is bliss"?

When he gets here, you'll know about it!