For you to showcase what you've done to your car and give other members ideas and inspiration.
Post Reply
227 posts 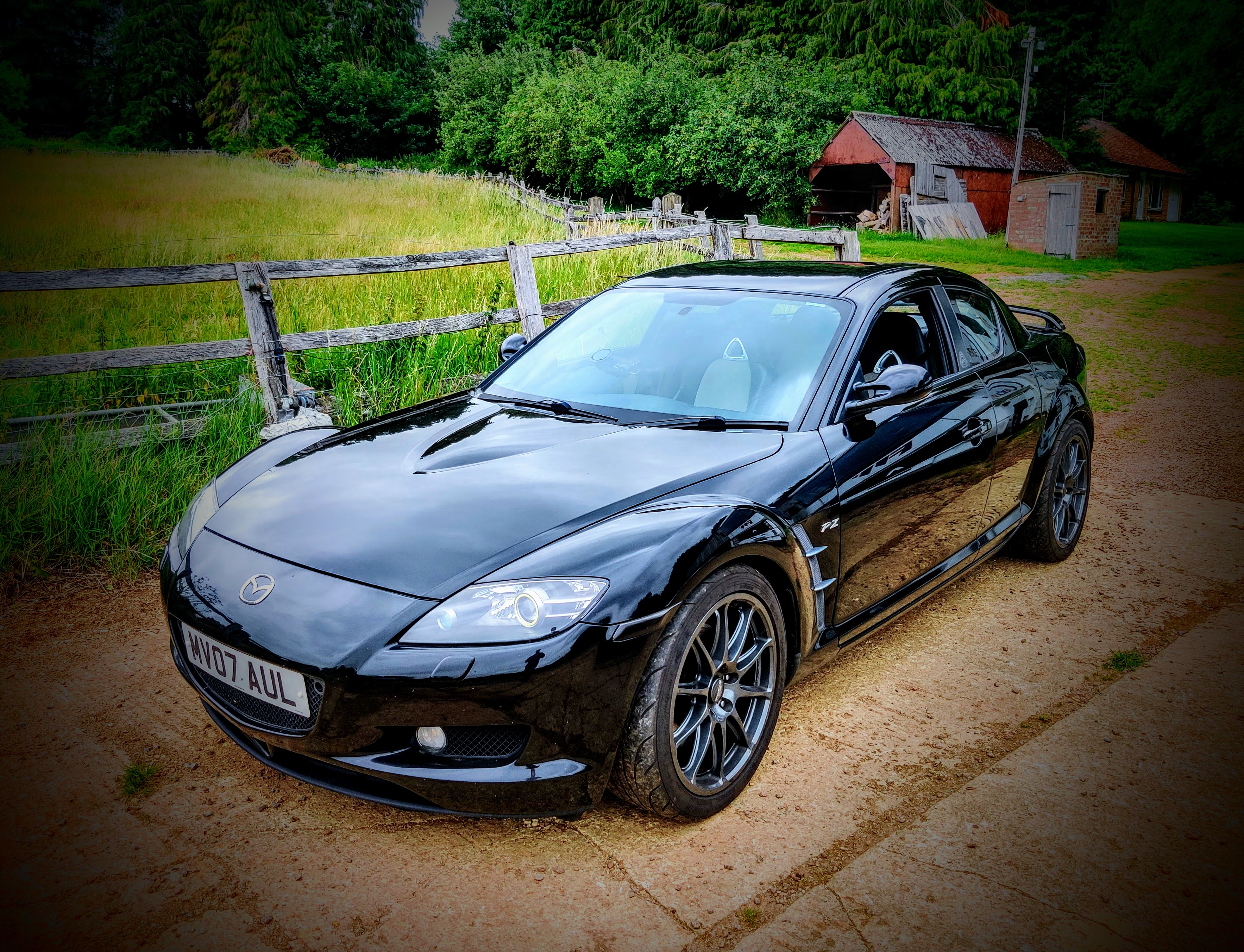 Ever since getting back into RX-8 ownership with the purchase of my panic buy shed RX-8, I have fancied the idea of getting a great condition, lower mileage, ideally special edition car, which I could take a bit more pride in. Don’t get me wrong, the last car was brilliant, and having got the track day bug with it, I probably had more fun in that car than any of my previous rotaries.

However I finally decided that I was ready, and when this PZ hit eBay, I knew I had to go for it. Fortunately I managed to win it, which is unusual given that I’m generally pretty conservative in my bidding. This did put me in the slightly ridiculous position of committing to buy 2 RX-8s in the space of 2 days, but that’s another story….

I went to collect and was immediately impressed by the condition of the car. The body work was good. The previous owner, threw me the keys and after a satisfying test drive, business was swiftly concluded and I got the joy of a 3 hour rush hour commute around the M25 getting acquainted with what felt like a pretty special car.

I found an expired (hopefully redeemed) £5 RX-8 OC voucher in the folder for the car, and one of the keys was attached to a RX-8 OC keyring. After a brief forum search, I discovered a previous thread for the car covering 2016-18. Although many of the prior mods from this period were reversed, I can thank WhelanUK for investing in and taking great care of the car. Also shout out to Nick (13Black) who did a lot of prior work and produces very informative invoices. I can see that he’s personally addressed every imaginable service item with this car, albeit 7,000 miles ago.

The back story of the good condition of the body, is down to WhelanUK having some arch rust fixed at a body shop and then treating the car to Krown rust proofing treatment. There was still a smidge of the 3 year warranty left when I took ownership.

The car almost wanted for nothing, but I had other ideas and still had a load of parts to move over. Having bought it, I SORNED it until I could fit the following:
- Cusco anti-roll bars (which i re-painted red first)
- Meister-R coil overs
- Refurbished front and rear calipers with braided hoses lines
- Racing Beat back box and dual res
- Axial Short Shifter
- Oil temp and pressure gauges
- Nexus satnav conversion
- Xcarlink stereo adaptor
- My other set of PZ wheels with RainSports on them
- AEM induction.
- Led taillights
- Halo headlights
- Greddy front and rear strut braces
- Full 40th Anniversary interior (Thanks to BigPete for the referral on that - was a bargain)
- Nardi steering wheel
- 20mm wheel spacers
- Wire brushing and applying vactan to any surface corrosion that I found (thankfully not very much)

Not all of this work went as smoothly as I would have hoped. One brake pipe fitting wouldn’t release, and I came back to it later having acquired a blow torch and some vice grips.

I also discovered that the drivers door actuator only worked intermittently, which didn’t improve much after some lubrication. Big thanks to NickP47 for gifting me one from a breaker car.

It's been a big lockdown project and overall the largest amount of work that I've personally ever done on a car, and I'm slightly surprised that I've managed to do it without any professional help.

With the car finally on the road, I have taken it to FW Motorsport for an alignment, which has made the front end turn it very sharp. It’ll be interesting to see how my first track day in the car goes.

So with all of that done upfront, this may well turn out to be an uneventful project thread [2022 Alan laughs as this comment].

Better do posts of me enjoying the car instead.

I still have a few parts to fit, whenever I can be bothered: 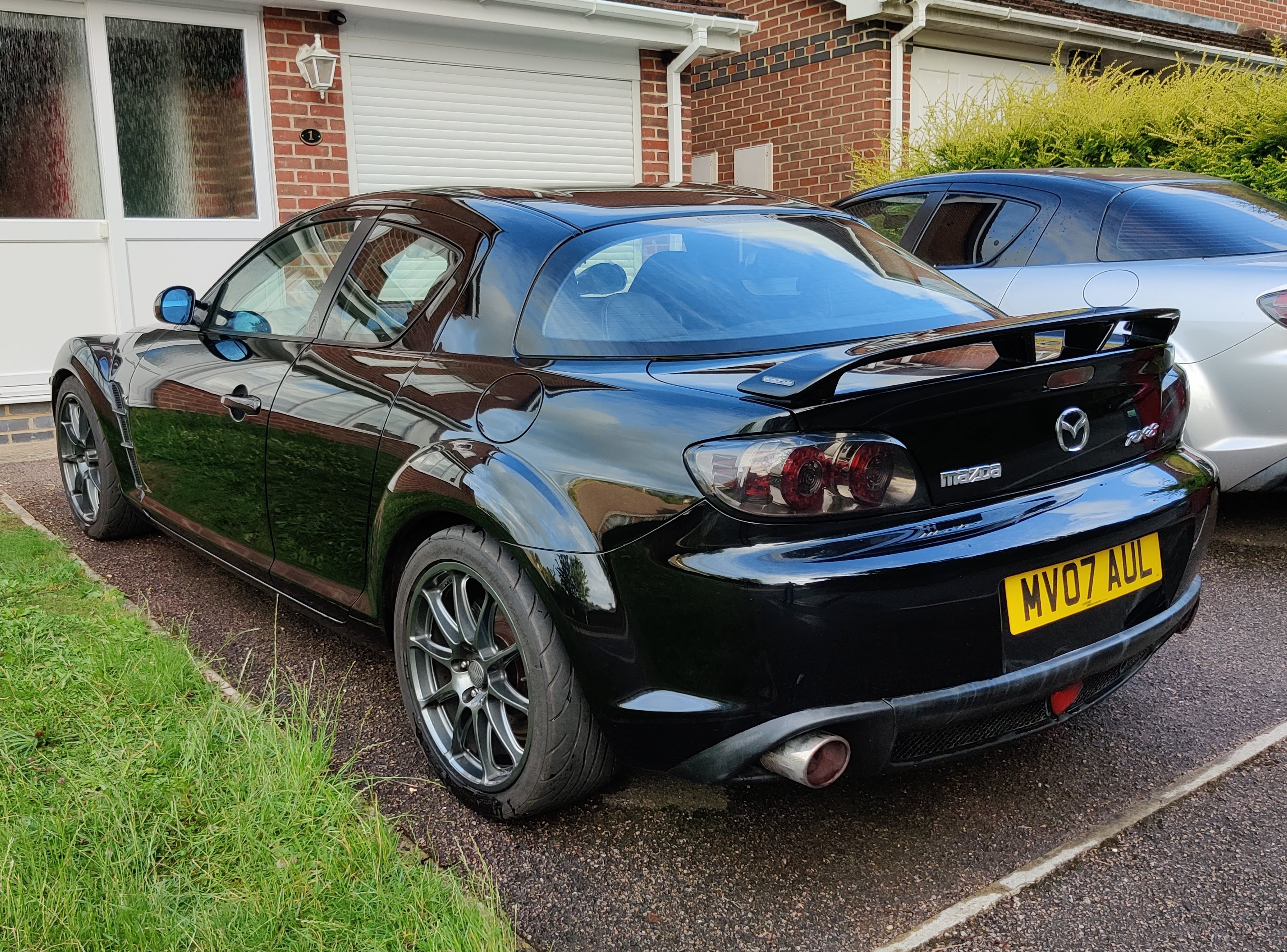 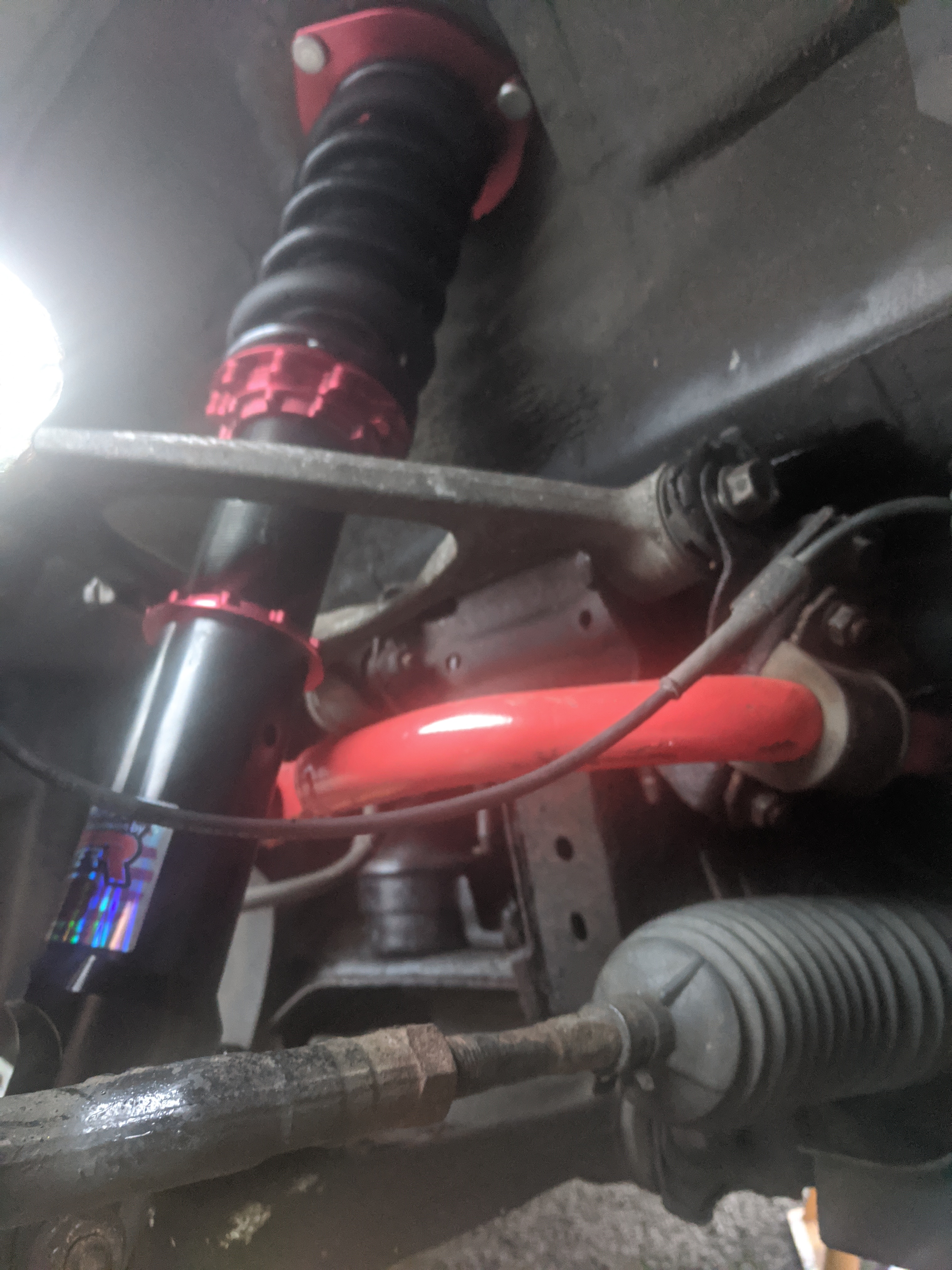 Certainly good, but having been through the car to the extent that I have over the last 4 months, I've discovered a few things that I'll have to sort out in the chase for perfection. A project car is never finished afterall!

I tried some Turtlwax Jet Black spray polish on it and the results were great. Unfortunately being a black car, it gets dirty very quickly. Cars never stay clean at my house anyway - mostly pollen I think.

The black is very deep. I have a set of aero half skirts that I was going to fit, but the PZ black spray paint that I used was a terrible match

Looking lovely! Cant wait to see it at Mallory.

Looking forward to seeing the car in due course

I can’t believe you changed the PZ suspension

Curious, was that Cusco strut braces or roll bars ?
Pete
Events Coordinator. 2014 to 2017

I’m an expert in nothing....I have made mistakes in everything
Top

In order to preserve the finish on the Meisters and keep Adjusting collars free spray them with this https://xcp-protection.com/products/xcp-rust-blocker/ it penetrates and dries to leave a light waxy film which can easily be removed with brake cleaner etc when you want to have bright clean units for shows.

Curious, was that Cusco strut braces or roll bars ?
Pete

I could have predicted that from you Pete

I bought the Meister's while I had my old car but didn't fit them before selling. Yes if the timing had been different, I would have just bought a set of group buy PZ shocks, and to be honest I'm still not ruling it out if I can get my hands on a set, but I'll see how I get on at Pembrey and Mallory before passing judgement on my current setup. 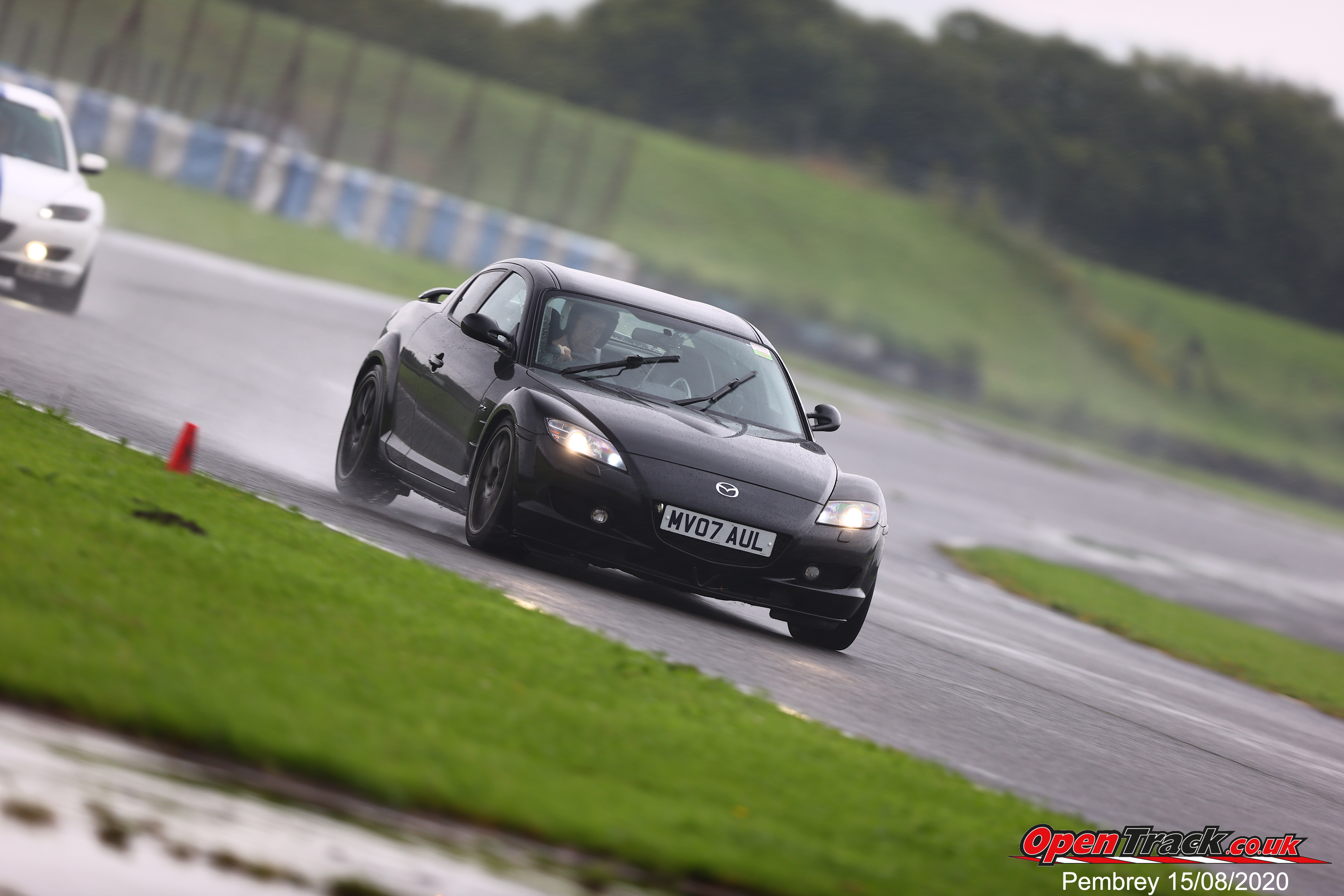 On the drive there I had the coilovers set to full soft and the car felt a bit darty and wallowy just changing lanes on the motorway, so I won’t be doing that again. For the track day I adjusted them, and the car handled great. Also another successful test for the Rain Sports. I only managed to properly unstick them on the hairpin, and admittedly I was only really driving fast enough to properly test them in the final hour of the day.

In that final hour I noticed the temperature gauge moving, which is worrying given that it was only a mild wet day. I’m going to have issues at Mallory if the weather is better unless I do something about that, but haven’t got much time to do anything before then. I’ve been running torque ever since and notice that the car seems to drive around 90 degrees under normal conditions but can rise pretty rapidly under load.

The rear clips on my undertray have fallen out, so hopefully reattaching that will help the air flow through the radiator rather than under it.

I’ll also have a go at blowing some compressed air through the radiator in case it’s partially blocked with crud, as I remember that doing so had a positive effect on my second RX-8.

Hopefully it’s not an airlock or thermostat issue! 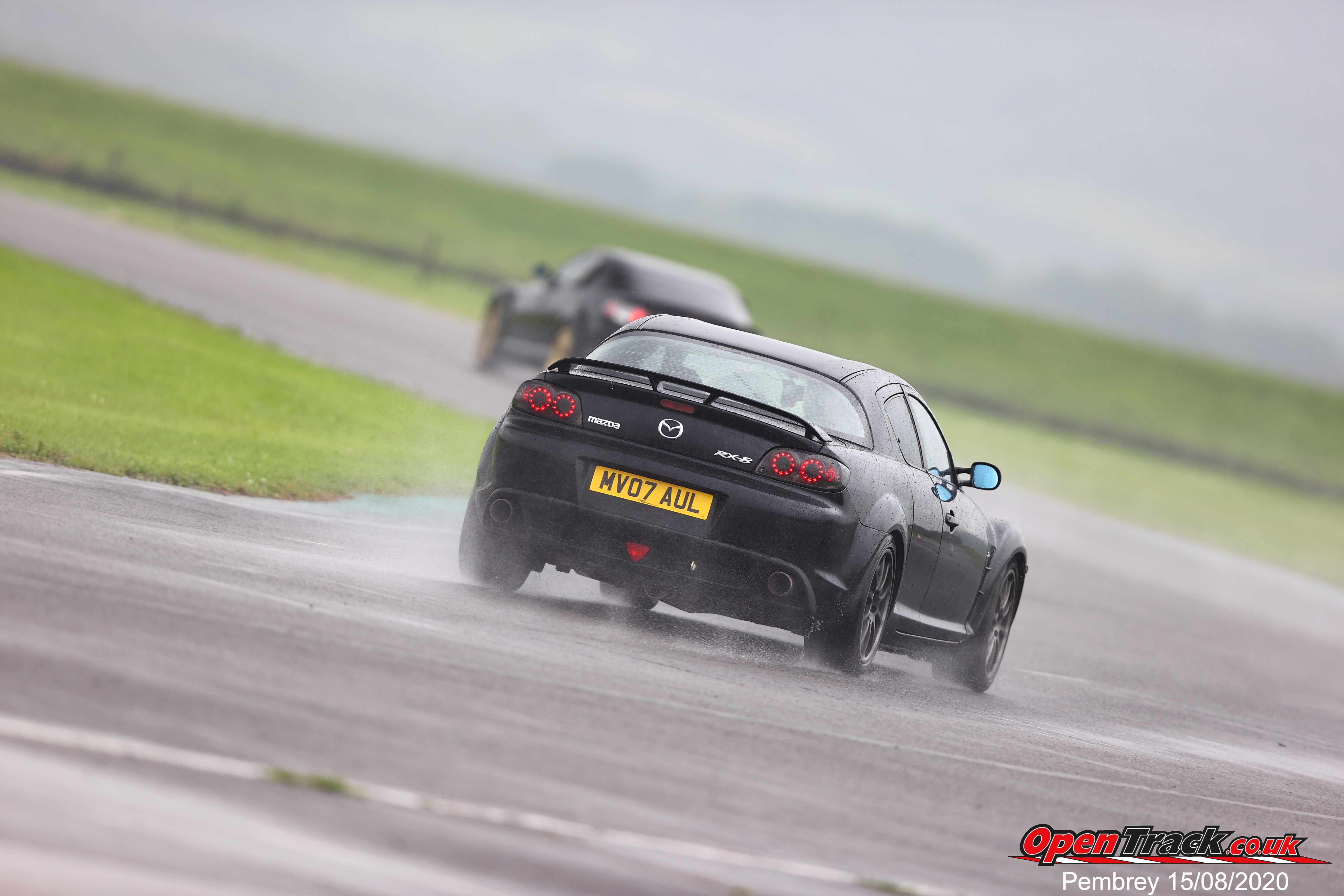 Even having the rubber strips missing around the radiator can have a significant impact on cooling efficiency, so you're lucky it was so cool and wet that you got away with having the undertray loose.

warpc0il wrote: ↑
Mon Aug 17, 2020 1:04 pm
Even having the rubber strips missing around the radiator can have a significant impact on cooling efficiency, so you're lucky it was so cool and wet that you got away with having the undertray loose.

Thanks for the reply Dave. It gives me confidence that refixing it should hopefully be enough and that I won't have to resort to a coolant change or removing the PZ grilles in search of marginal gains.

Great PZ! Keep us posted with progress.
My PZ (Black Betty) needs a bit of tlc to the underside and body.
Great track toy though!

The 8 does look good on a track.

Car passed its MOT this week. Also took advantage of the ramp and had the undertray refitted. Having looked in through the front, I still think there's too much space for air to go underneath.

Difficult to photo but am I missing anything? 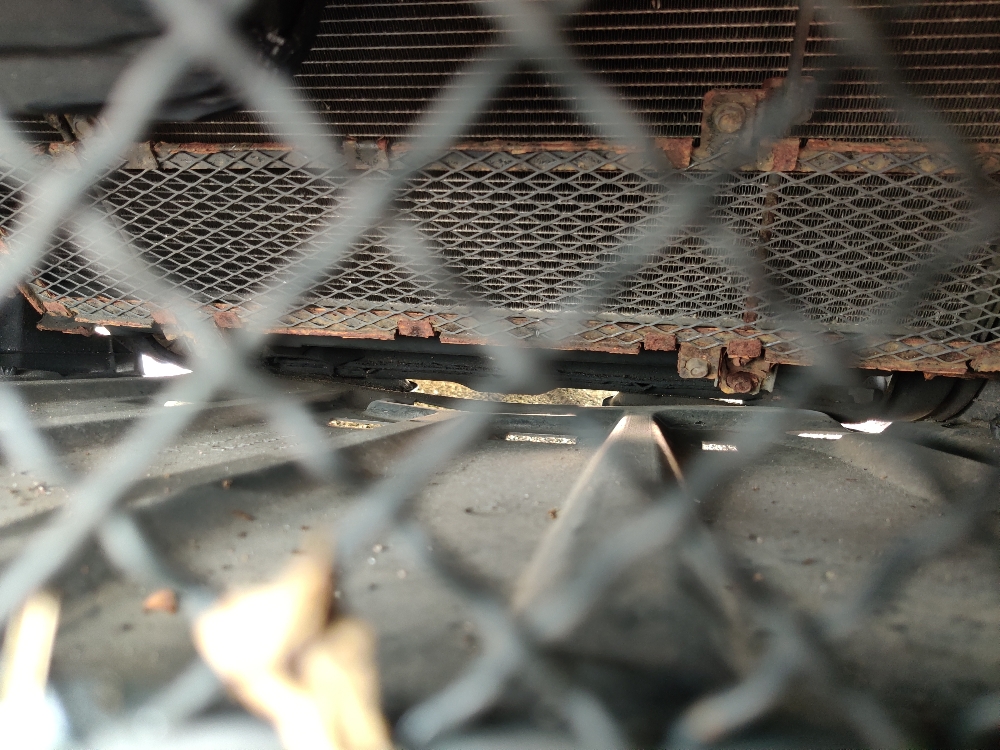 What dimensions would you recommend?

You wouldn't happen to have one in stock would you Pete?

no most of the time its hanging off, you want some approx 20mmx 40mm and the length of the rad with adhesive on

Not so easy to find tho, so 40mm thick is what your looking for.
Bigpete