For you to showcase what you've done to your car and give other members ideas and inspiration.
Post Reply
565 posts

So I figured after a year of ownership it was finally time to make one of these. Although my car was only on the road from April until November last year it was thoroughly enjoyed during that time. (And the reason why its been off the road since november will become very apparent.) Purchased with around 60k odd miles on the clock and an original engine. In my ownership so far it traveled its yearly miles in less than half a year alone! Sitting around 66k~ miles currently if memory serves.

So far the car has had:

Compression tested using a RCT V2.0 if memory serves with these figures normalised to 250RPM and altitude corrected 7.6.2019:

Currently has no MOT and thus that is the current aim.

New cat as the current (still unsure of type) has at least a crack in catalytic material bank 1. Will be replaced soon and we shall be MOT ready I hope!
New battery as the one in the car isn't in great health and is the last ignition piece to be changed.

Refurbish spare set of calipers all round. Possibly new pistons but at least full seal kits.
Oil cooler lines replaced (Inspected passenger side today. Looks surface rusty but unlikely to fail in the immediate future.)
Cleaned up headlights (have a spare set). Discovered the spares were off a 192... Cleaned up the headlights on the car but they need a possible polishing or redoing.
COFS/SOHN adapter.
Full undersealing of the car, including rust conversion on any surface rust. Now revised to mainly wheel arches and inaccessible areas with subframes on.
See to P0661 SSV code (have solenoids ready just waiting to get it done)
Possible respray of passenger side wing though upon inspection today I noticed the sill has some small stone chips of paint missing which could lead to eventual rust on the outer sill.
Fixed based bucket seat/cloth drivers seat for track days.
Repainting of the PZ spoiler.
Alloys refurbished in shadowchrome.
Change the suspension to something.. More yellowy. Purchased just awaiting move south.. And John spare time.
Figure out a seat so I can actually take the car to track days. Cloth drivers seat with a possible straight to floor mount. Or a bucket seat/R3 Recaros (unicorns teeth I know)

Sadly the car is in dire need of a wash so I'm not willing to share current pictures. However here are two from last year. 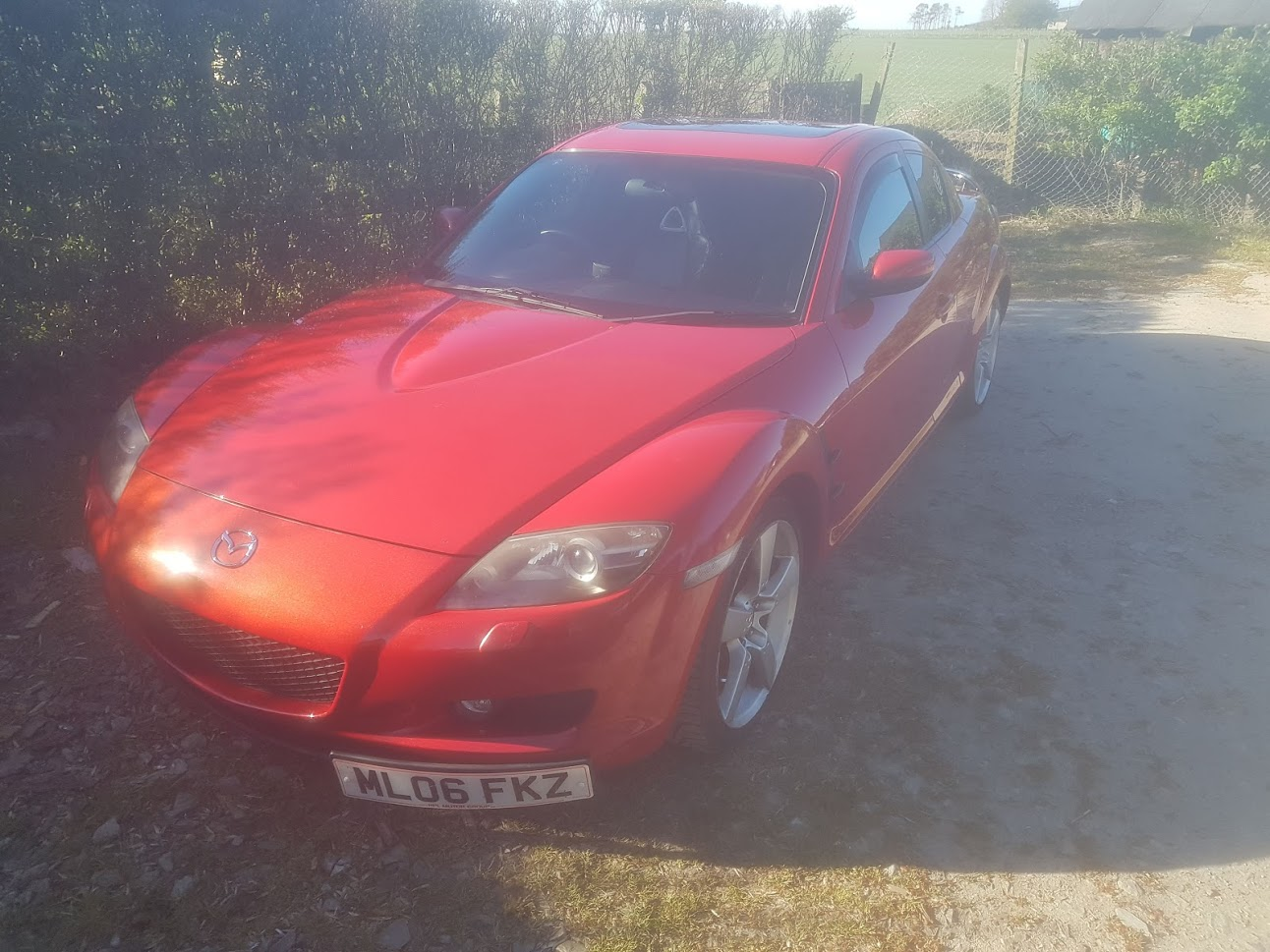 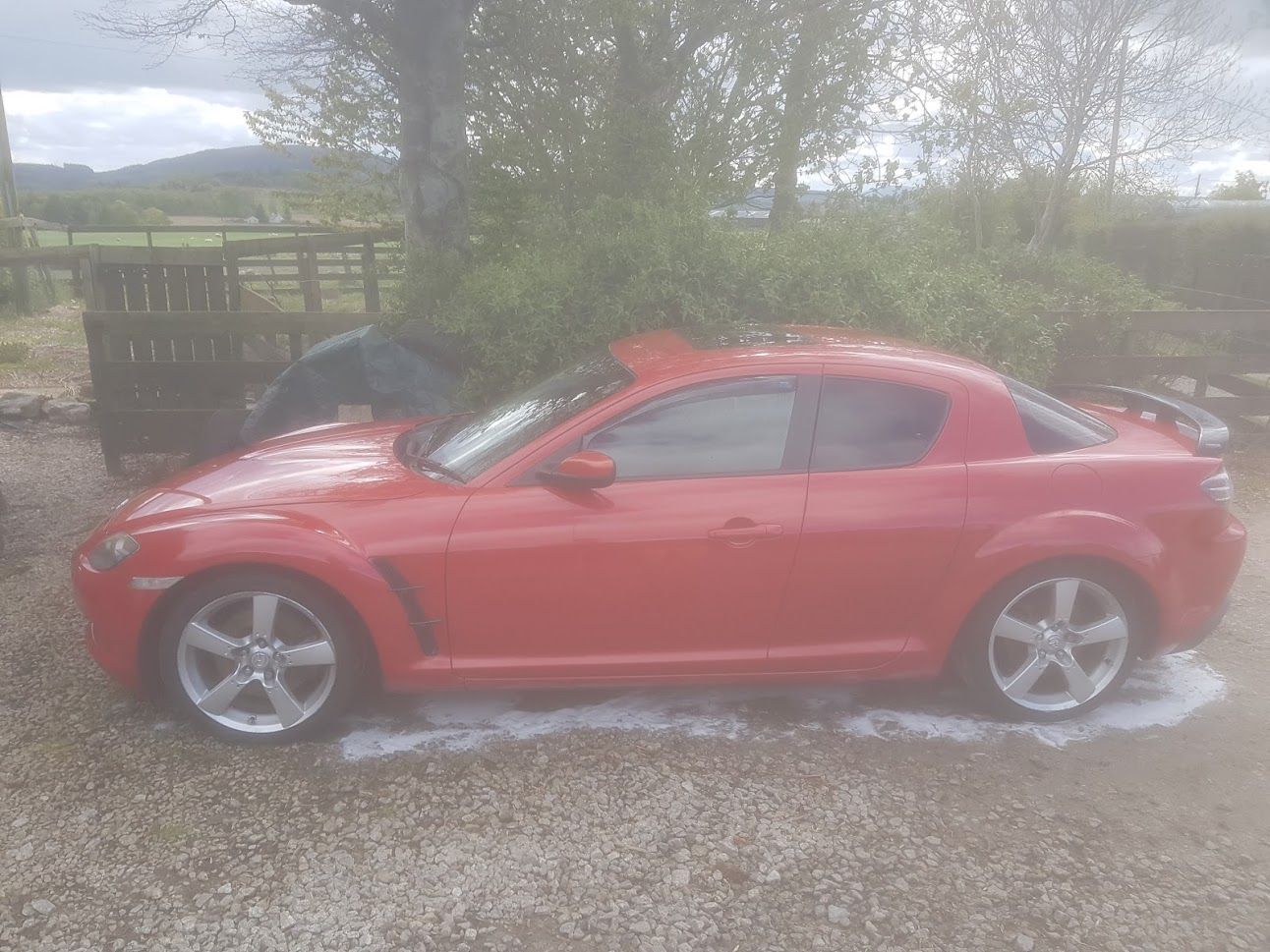 Today as the sun was out I figured I'd finally get around to getting the arch liners off and having a proper look at the rust levels.

Archs (spoiler due to lots of images): 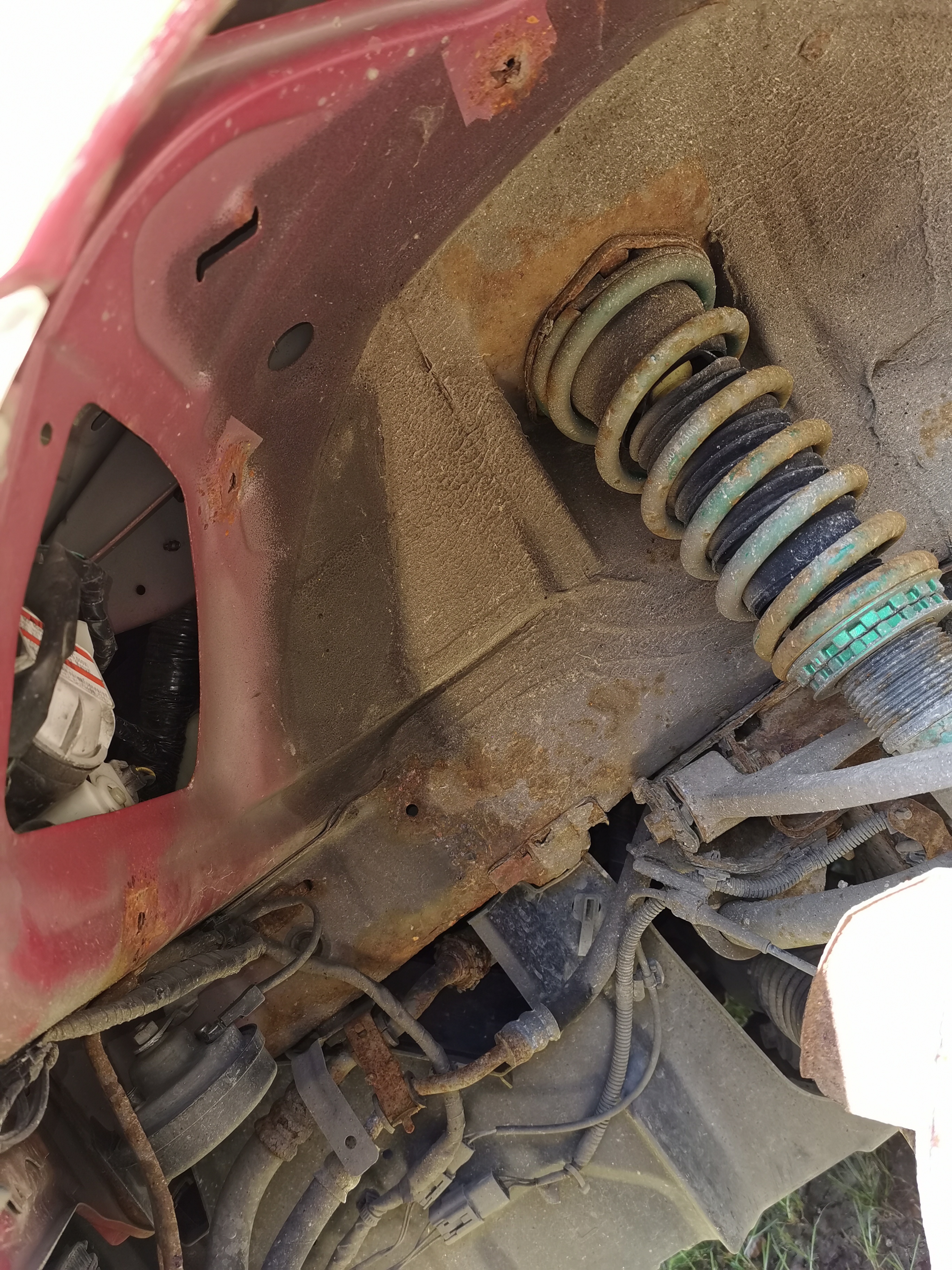 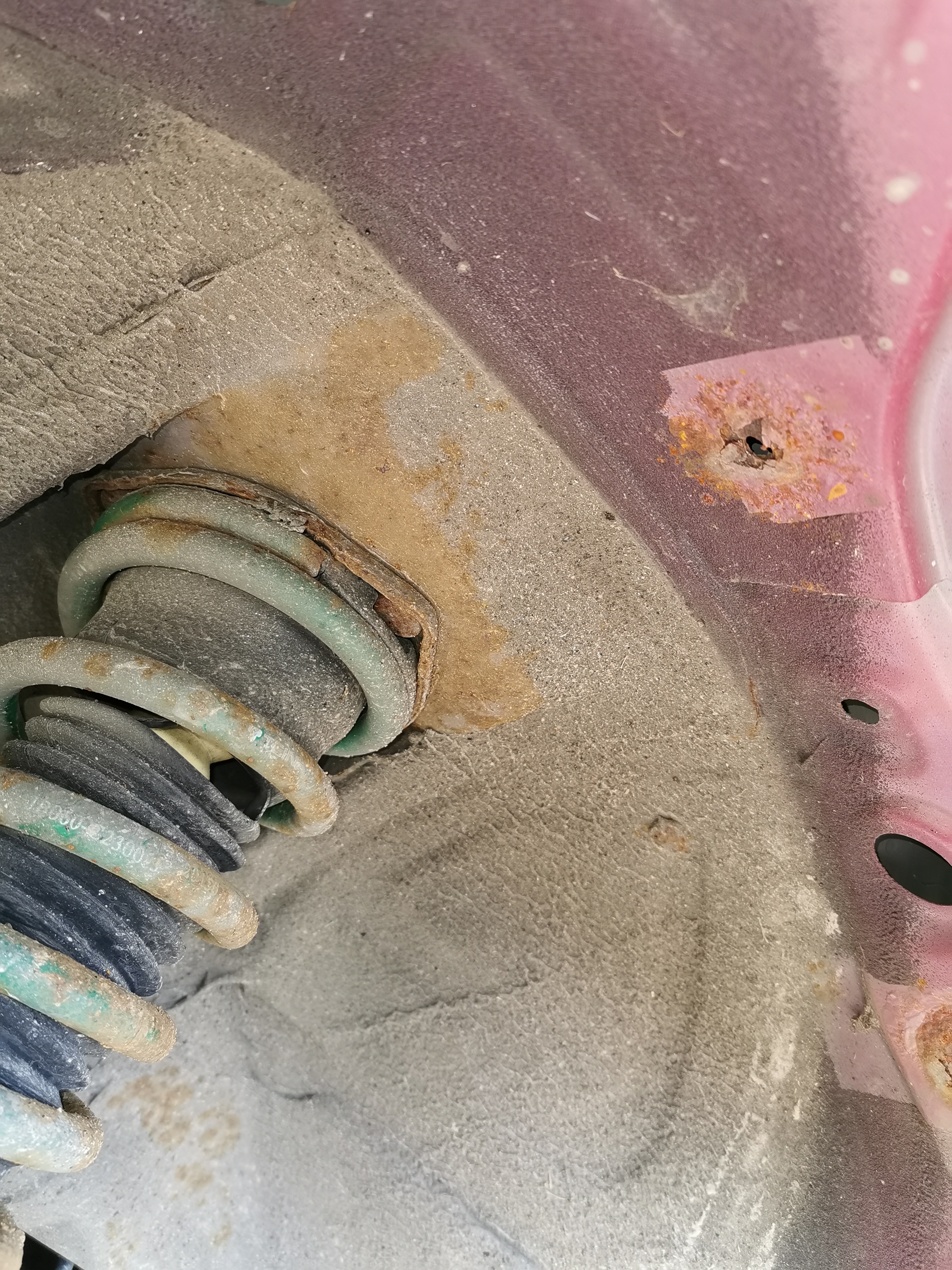 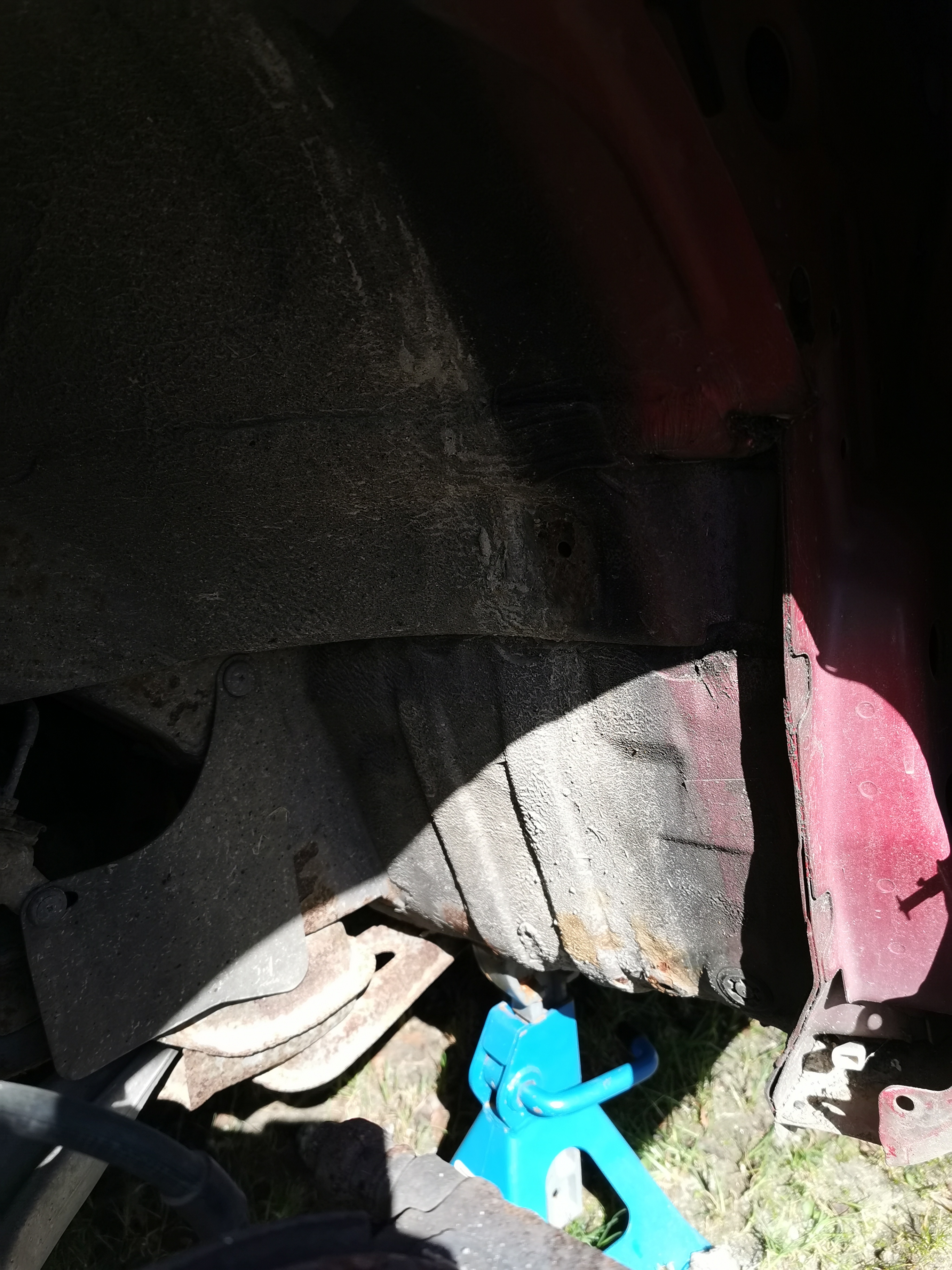 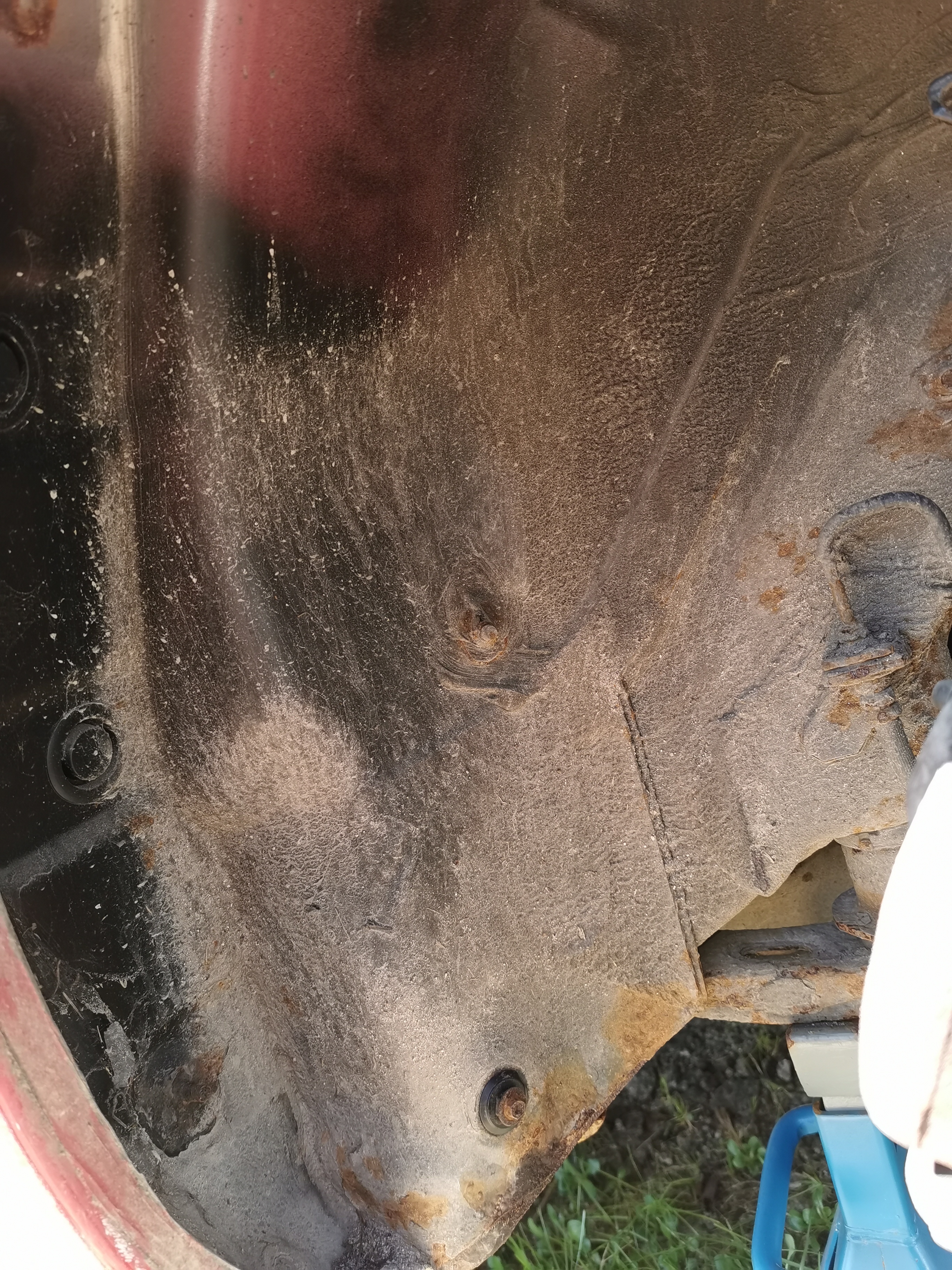 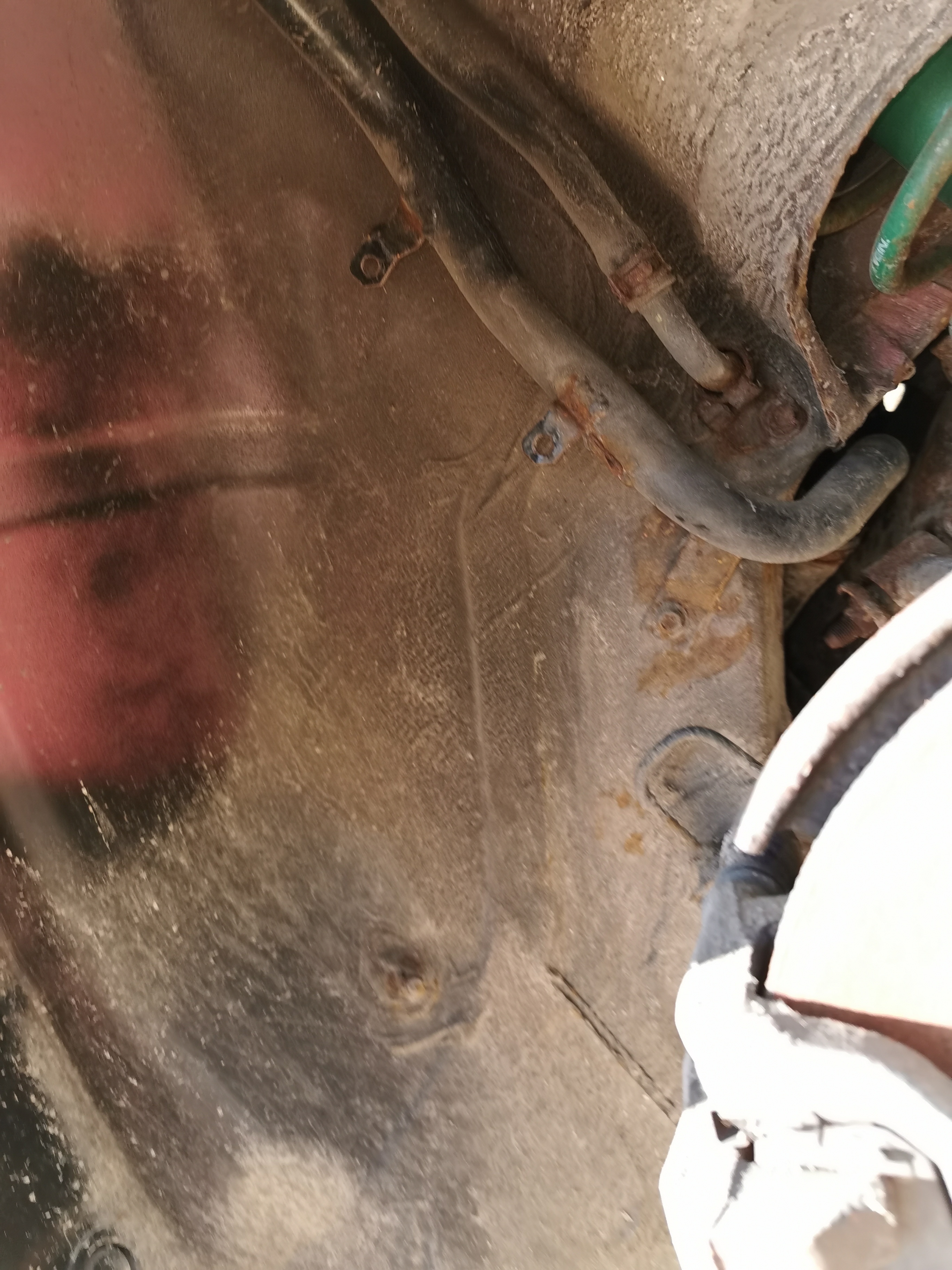 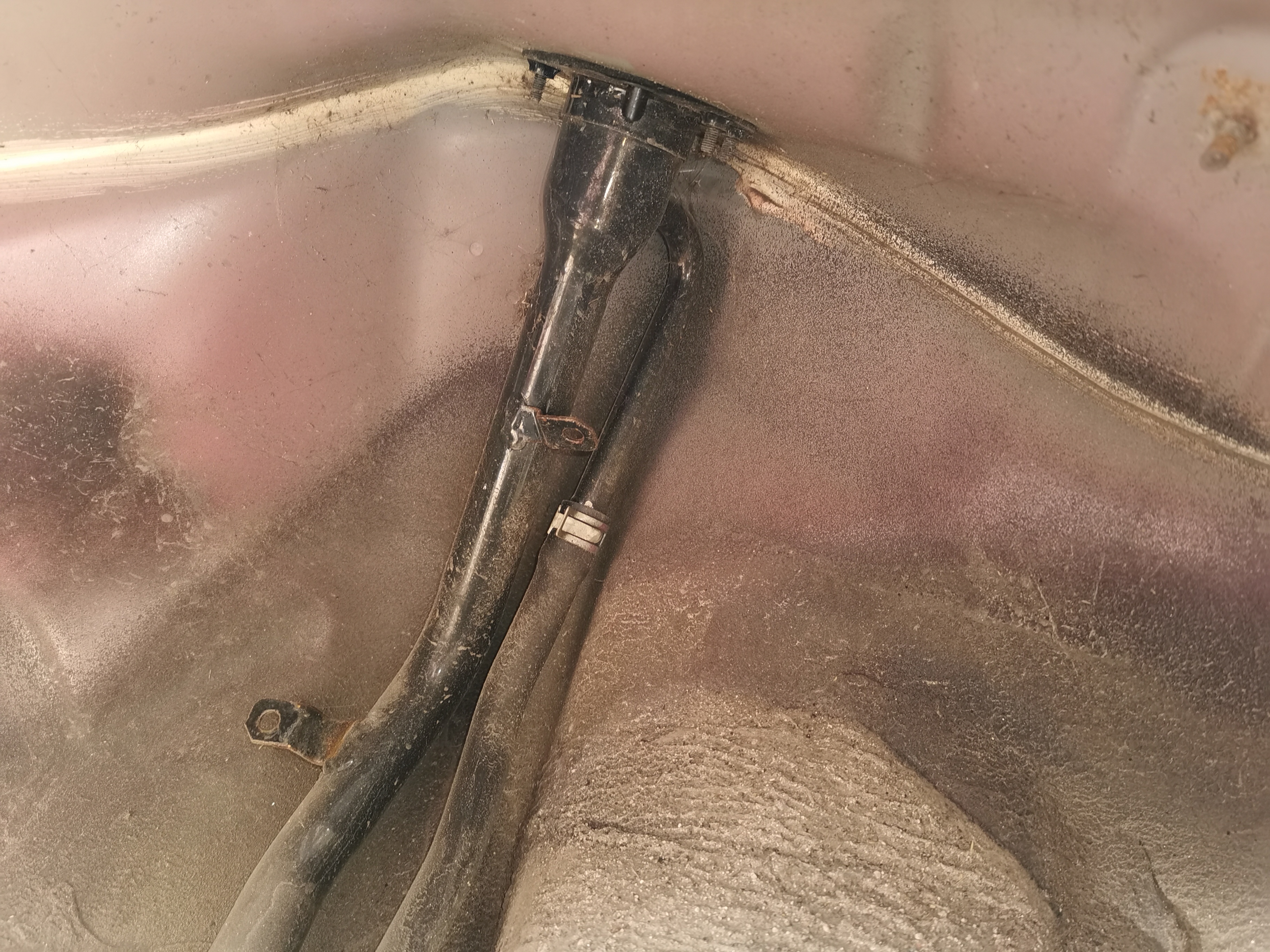 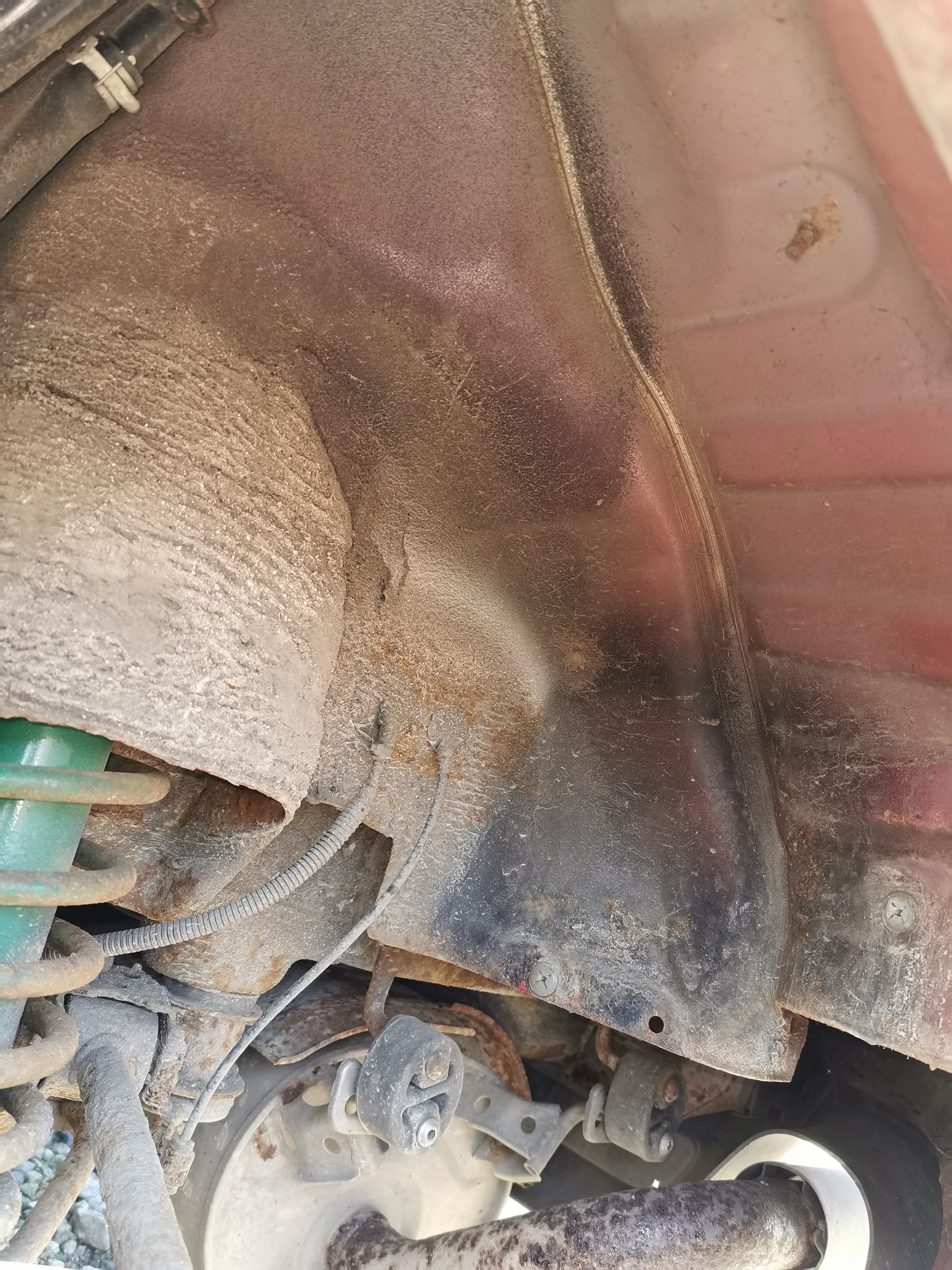 Safe to say I'm quite happy with the state of things.

Quite a few of the body clips were straight up sacrificed as they either rounded down or were extremely brittle and broke easily. I ordered 20 thinking that would be plenty but I may just be wrong.

Also went to remove the skirt aero/whatever it is. But these two screws were rusty/rounded down with very little effort: 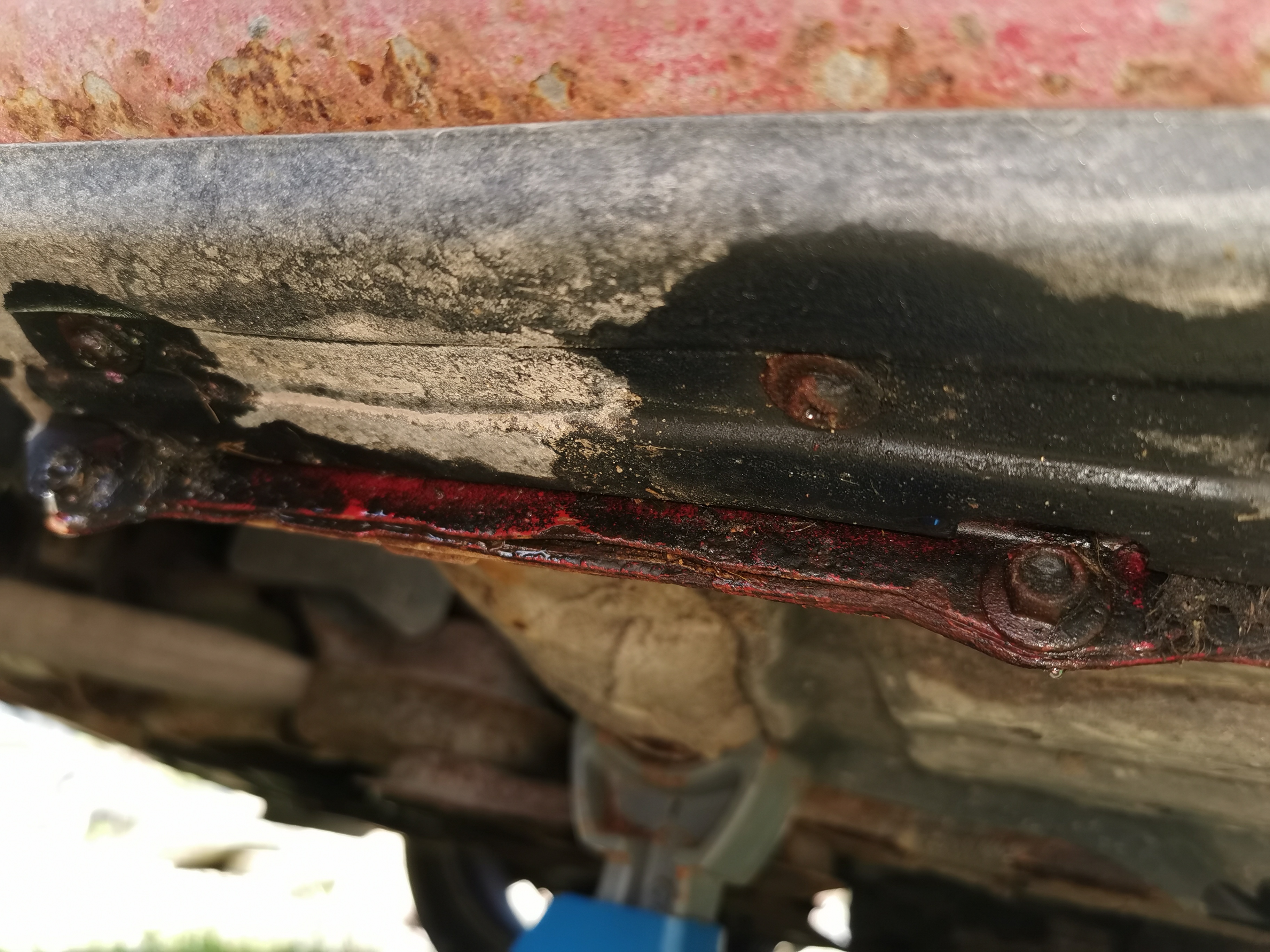 All along the bottom of the sill join is going to need a good seeing too I think.

Also does anyone have a way of fully cleaning the rear carpet liners? Mine are caked in mud to say the least.

Good on you for getting out there and looking at that.
I need to get my liners of and start spreading the vactan around but have been to scared!
S1 - 231 - brilliant black
Feb 08 built,
PZ back box,
PZ suspension,
Scratches,
Replacement engine,
Smiles
Top

I was honestly expecting MUCH worse as the car was in Aberdeen for a good 4-5 years I believe. I need to undo the bungs on ths sills and get a camera in and have a poke about. But from the outside giving a tap gives a resounding solid noise so I'm not expecting them to be rusting through completely!

Any suggestions on removing those two rounded down rusty screws? :/ I really want to get that bit of aero off for when I wash the car absolutely all over.

Don't think we have any molegrips kicking about but I'll have a look. Think I may have to cut a slot in the head and hope it doesnt completely disintergrate in the process. Once I get some hacksaw blades anyway.

if it does no worries.

one of the best cheap tools you can buy for stuff like this is...

one of the best cheap tools you can buy for stuff like this is...

Why have I not got one of these yet! Figured £100+ so didn't tempt my self.
S1 - 231 - brilliant black
Feb 08 built,
PZ back box,
PZ suspension,
Scratches,
Replacement engine,
Smiles
Top

good ones are, but cheap ones do the job, those are just bulkier, heavier and vibrate more.
Top

Ooft James... I may need to pick your brain for some other tool suggestions sometime.
The Red 8:

Yorindesarin wrote:Ooft James... I may need to pick your brain for some other tool suggestions sometime.

You and me both!

I will make sure to do so Chris. Out of curiosity, a decent drill wirebrush attachment for cleaning up the wheel wells, then rust treatment and finally painting with hammerite or the like? Just trying to figure out a way to tackle the wheel wells.

Oh and James... Any decent level but not too pricey mechanics gloves suggestions?

gloves is a hard one.

screwfix aren't selling the ones that i like, and my usual supplier is rather more local than would be useful to you.

usually pay about a tenner for those
Top

I'll take a look cheers. I had some off amazon last time but they tore so easily. Plus gotta figure out what size I am.

By that chart I would be medium... Which is curious as the nitrile gloves I wear for work are XL with L being almost too tight.

im not promising the chart is right, mind.

Aha. Oh for sure. I'm back to work Monday so I'll have a look what the sizes on the boxes at work are for if I get a chance.
The Red 8:

you could always borrow some from work

Ahah. The ones from work splits picking up biscuits. Never mind doing anything really requiring effort.

Going to have to move the car so I can do the drivers side arches/wash it properly. So unseizing the front brakes, probably jump it with the focus since the battery isn't the best and get a can of petrol is on the cards in the next few weeks.