After the success of the track day a few FD:OC members participated in on 24th August this year with Magnitude Events, the company has secured a day at Blyton Park on 5th July 2019 solely for rotary car owners. Sign up below and let's see you there. We had a blast and you should be able to read about the day at the link below and on the home page soon.

I know several RX-8 owners will be up for this so if you are interested please sign up as this is going to be epic with rotaries the only thing on track all day. The price includes the track day, breakfast (bacon or sausage baps), lunch, snacks throughout the day, photos, and training. Quite a lot for not a lot of money. Let's get a few of you guys signed up in addition to the FD owners and perhaps we can even get someone with a FB or FC to show up to?

"It all started on Thursday evening at the Fox and the Hounds Country Pub and Inn for a few beers, whiskey and some general bullshitting. A few hours of sleep later and we all woke up to leave for fuel at the nearest petrol station that stocked premium fuel. I lead the way and took a wrong turn and therefore we were distracted for an extra 15-20 minutes by beautiful farm land and seeing the same series of signage twice. After fuel we met up at the track, had bacon baps and coffee/tea for breakfast and listened to what must have been the longest driver briefing ever...

We got on track just before 10am and I decided to forego swapping out the spark plugs, changing the oil or bleeding my brakes. Conditions were great and we all spent the first 1-2 hours getting used to the circuit and negotiating whose car we could be a passenger in later. Free rides were offered in the Caterham 620S and an E46 BMW race car as well.

Just as lunch arrived the heavens opened up so we all went in to the club house and had Fish and Chips and a few drinks. After the rain stopped I kindly asked Joe who brought his entire garage of tools to help me bleed my brakes as they weren't feeling so great during the morning. Lo and behold we found a few air bubbles at each corner. For the great service I offered Joe a go in my car so long as I could film him! Despite not driving a FD since 2015, Joe didn't crash and the only drama on the day was Martin17 running over a cone and a Mazda MX-5 spinning out and losing a tyre.

I got a passenger ride in everyone's car that day and took a video and recorded lap times. A little competition is always fun and I can't promise that the videos or times I captured were when each driver did their best laps, but below are the leader boards for what I did capture.

The day ended around 4pm and everyone was satisfied with the experience and value for money. Fortunately, for the past couple of months I have been talking to the owner of Magnitude Events about an exclusive Rotary track day for 15-25 cars at Blyton Park next year. I am pleased to announce that this is actually going to happen! 5th July 2019 and I will be inviting members of FD:OC and the RX8:OC to make sure we get the numbers."

Would the Westory be allowed to play? (On slicks).

Just ask me where anything is, it will be in the boot!!

Now she's "the reasonably priced car is the star" as driven by Jason Plato on Fifth Gear.

Looked after by Rotaryrevs
Top

Seeing as there's now a list, please put me down as already paid up

These users thanked the author MightyCondor for the post:
GreySilver Beast (Tue Oct 09, 2018 1:05 am)

looks superb... can you put me down as a defo-maybe?
56 Plate PZ in Galaxy Grey!!
Top

I don't know next years race calendar yet, but I am super keen for this if I'm free!
Top

There are 4 or 5 of us from the FD forums already signed up. We are looking for max 25 cars for the day. Club format means 6 cars out on track at one time which equals awesome because you can focus on driving all day and not get caught up with too much traffic. The free food all day and photos also makes this for me and is why we had such a good reception for the track day in August.
1999 Mazda RX-7 Type RS

Please sign up and lock in the lower price.
1999 Mazda RX-7 Type RS

SIGNED UP...just got to fix the engine now.

Happy new year everyone. Just wanted to remind everyone again about this event so that interested members can sign up. We already have 9-10 cars booked and space is limited in order to keep to the club day format of a maximum of 6 cars on track at any one time, so it would be wise to book sooner rather than later to make sure you get a spot!

I'm checking in with Magnitude Events and I would like to confirm numbers on here. I am going to list who has said they are going or interested and if you can reply with "Paid", "Driver", "Guest", next to your name that would be great. Also, if you are willing to give an indication of likelihood to join the day it would be helpful (and I know that is hard because some of you don't have running cars just yet).

We are getting closer to the date and before you know it, the date will arrive. Magnitude Events has officially booked the day so it helps them from a business perspective in terms of organisation (and easing their mind) if people book and commit to the track day sooner rather than later.

Hi mate i cant confirm anything atmo, im waiting on another op so prob best remove me from list for now.
Thanks.

Just paid and have updated the relevant posts. Who is staying over the night before?

ChrisHolmes wrote:Just paid and have updated the relevant posts. Who is staying over the night before?

I will be staying over, but waiting to see what the plan is.

Remember everyone, there are no other rotary exclusive track days in the whole world aside from Japan on 7s Day and this is as close to 7s Day as we could get!

For those that want to book as a guest/passenger you can do the following. Finally, the £179 price is valid until February so you have another 9 days or so to book if you want to save £20 off the track day price. Remember, it includes literally everything (breakfast, lunch, photos, snacks).
1999 Mazda RX-7 Type RS

We've had two "rotary exclusive" track days at Kirkistown in 2017 and 2018, though we did allow a few MX5s to join-in, one of which is fitted with a Renesis. The date for 2019 has yet to be determined.
Dave
The Spin Doctor ™
uǝǝɹɔs ɹnoʎ ʇɹǝʌuı ǝsɐǝld :ɹoɹɹǝ
Top 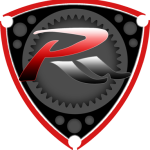 Not booked yet but should be going to this